The Cable rallied to 1.3497, the highest it has been since 2019. This is shy of that healthy psychological resistance level of 1.35. Strong dollar weakness, alongside risk on consensus, has compounded to push the pound higher. 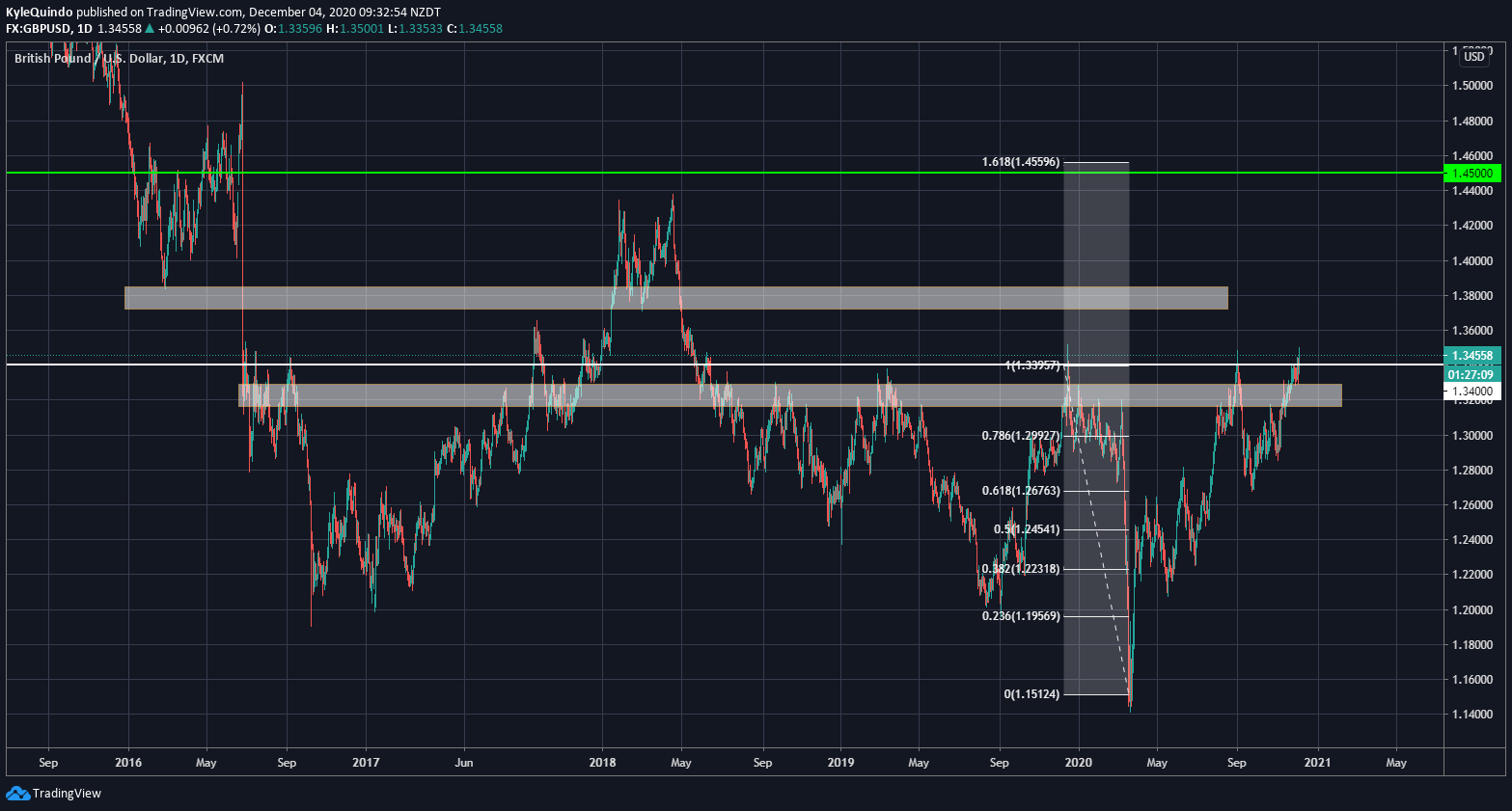 GBPUSD eyeing out for that 1.45 level

With that said, Jeremy Stretch, a currency strategist at CIBC stated that the market had priced a trade deal to come soon. “Although the markets have priced in a deal by the end of the week, we think this is a tad optimistic.”

We recently talked about a possible GBP/USD target of 1.45, which are Pre-Brexit lows. In short, the target requires that a) Brexit Negotiations are completed, and the breakup errs on the positive side and b) the Coronavirus situation not just in the U.K., but around the world subsides.  This is an overly optimistic scenario – one that will poise the U.K.’s financial markets for a robust recovery. This scenario is required to support Goldman Sachs’ buy recommendation for the United Kingdom.

However, the most significant tailwind for the pair may not be due to the U.K.’s strength – it is most likely going to be due to U.S. Dollar weakness.

The Coronavirus situation in the United States has not improved over the course of the year. The United States has been printing near 200,000 daily new cases for the past couple of days, with 3,100 deaths today – a grim new record.  Stretch voices this opinion, stating that the recent really in the pound was “largely a function of dollar weakness.”

The U.K. is not entirely out of the woods just yet. Even if Brexit negotiations are positive, Coronavirus continues to ravage the country. Cases have come down from all-time highs on lockdowns the government implemented. However, there is a chance they blow this gain when lockdown restrictions are lifted near Christmas.