Wall Street was relatively mixed on Thursday after it experienced a strong decline on Wednesday. The Dow Jones declined by more than 300 points while the Nasdaq 100 tilted upwards. Some of the best performing companies were Lucid Group, Grab, and DataDog. Grab, the Asian ride hailing company, published strong quarterly results and issued a positive forward guidance. On the other hand, the main big-cap laggard was Cisco, whose share price collapsed by 15% after weak earnings. Retail stocks like Walmart and Target continued to decline. There will be no major corporate earnings from the US today.

The US dollar index moved sideways as investors reacted to mixed economic data from the United States. According to the Bureau of Labor Statistics, initial jobless claims rose to 218k from the previous 197k. Additional data showed that the Philadelphia manufacturing index declined from 17.6 in April to 2.6 in May, signaling that many companies are struggling as the cost of doing business keeps rising. Meanwhile, there are challenges in the housing market as existing home sales declined from 5.75 million to 5.61 million.

The British pound tilted upwards in the overnight session as investors waited for the upcoming UK retail sales numbers. Economists expect the data to show that the headline retail sales declined from 0.9% in March to -7.2% in April. On a month-on-month basis, they expect that sales fell by 0.2%. Core retail sales are expected to drop by 8.4%. These numbers will come two days after the ONS published strong inflation data. Consumer prices rose to a 40-year high of 9%. These results will likely have an impact on retail stocks like Tesco and Marks and Spencer. 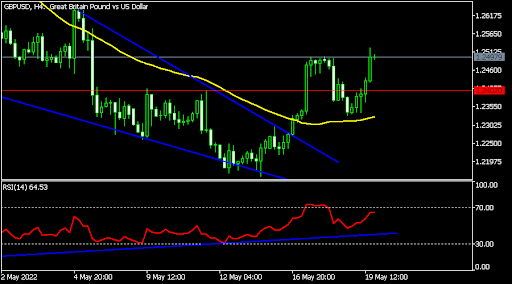 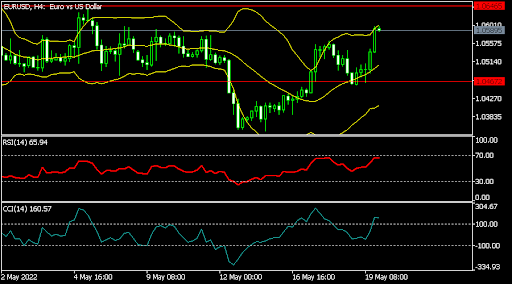 The USDZAR pair declined after the latest interest rate decision by the South Africa Reserve Bank. The bank decided to hike interest rates by 0.50% in its bid to fight inflation. It has moved below the 25-day and 50-day moving averages while the Relative Strength Index and the CCI have moved downwards. The pair will likely keep falling as bears target the key level at 15.65. 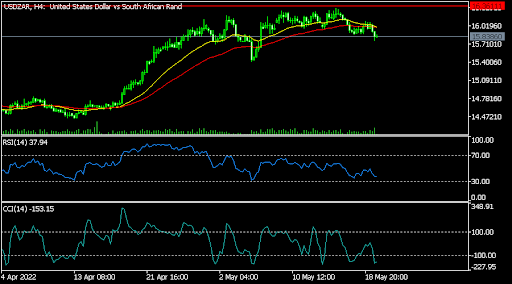