GBPJPY drifted higher and above all its daily simple moving averages (SMA) on the back of encouraging vaccine news and Brexit hopes last week, though the support-turned-resistance ascending trendline was there once again to block the way above 140.00.

The area around the blue Kijun-sen line managed to stabilize the downfall from the trendline around 137.33 and the price is currently trying to return above the 50% Fibonacci of the 142.69 – 133.00 downleg.

In momentum indicators, the Stochastics favour upside corrections as they are set for a bullish reversal around their 20 oversold level. On the other hand, the RSI, close to its 50 neutral mark, is more cautious about any positive moves but as long as it holds above the supportive trendline, it can not rule them out either.

Alternatively, a drop below 137.00 and the 20-day SMA may reach the 200-day SMA currently around the 23.6% Fibonacci of 135.30. Another step lower could strengthen selling pressure towards the 133.00 bottom, violating the upward pattern in the two-month picture.

In brief, GBPJPY is on the defensive following its latest decline. A break below 137.00 is expected to generate additional losses, while a bounce higher may see the retest of the ascending trendline if the 139.00 number gives way. 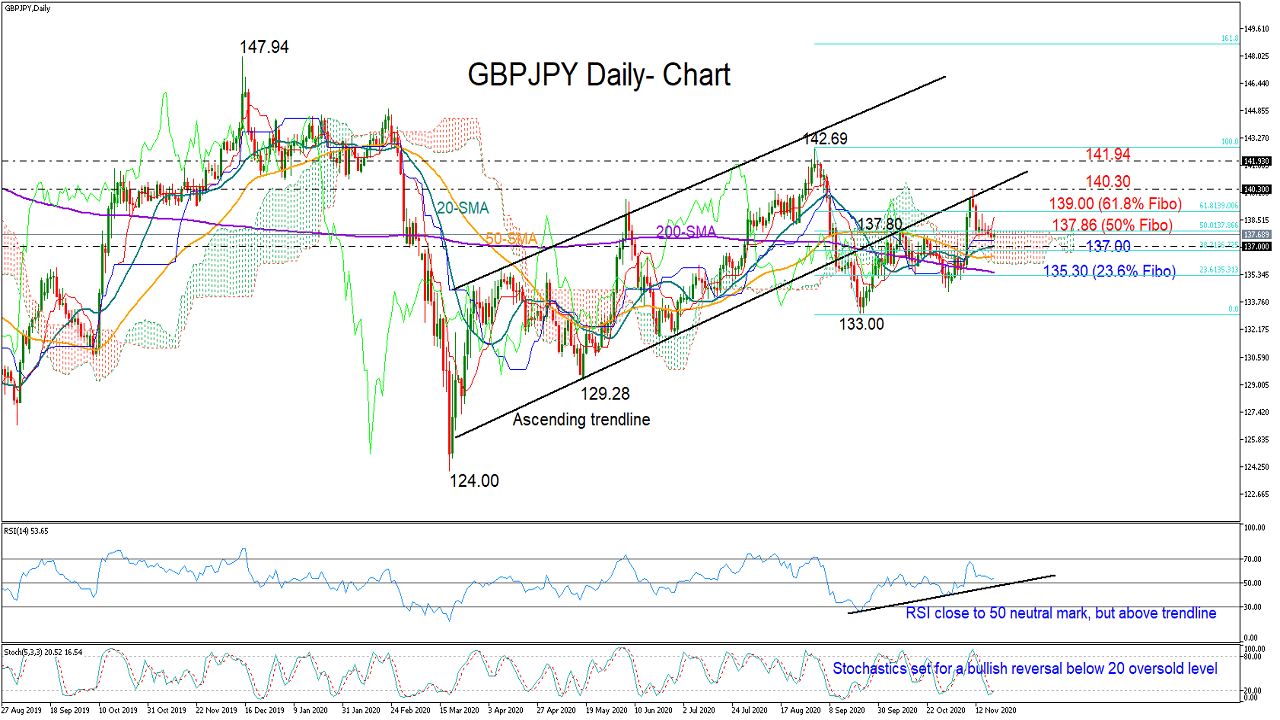