GBPJPY has successfully overcome the upward resistance line drawn from May’s peak of 146.49 and rallied above the 50-day simple moving average (SMA) to test the 133.00 mark and the upper surface of the Ichimoku cloud after four months.

The positive momentum in the MACD and the RSI reflects a strong bullish bias for the short-term. Yet, overbought signals look to be appearing on the horizon as the price is flirting with the upper Bollinger band for almost a week and the distance between the RSI and the 70 overbought mark is narrowing.

Failure to exit the cloud would bring the 50-day SMA currently around 131.54 back into view, while slightly lower, the 130.68 level could  curb downside corrections ahead of the 128.00 number. Falling under the 3-year low of 126.53, the bears could initially pause around 125.00 and then near the 123.80 strong barrier where the post-Brexit referendum downfall broke on October 2016. If the latter fails to hold, the sell-off could stretch until 122.00.

Meanwhile in the bigger picture, the pair continues to make lower lows and lower highs, keeping the outlook negative. The odds for a trend reversal are currently looking weak as the 50-day SMA shows no appetite of correcting its bearish cross with the 200-day SMA.

Summarizing, GBPJPY is likely to gain some ground in the short-term, though downside corrections cannot be ruled out. In the bigger picture, the downward pattern continues to keep sentiment negative. 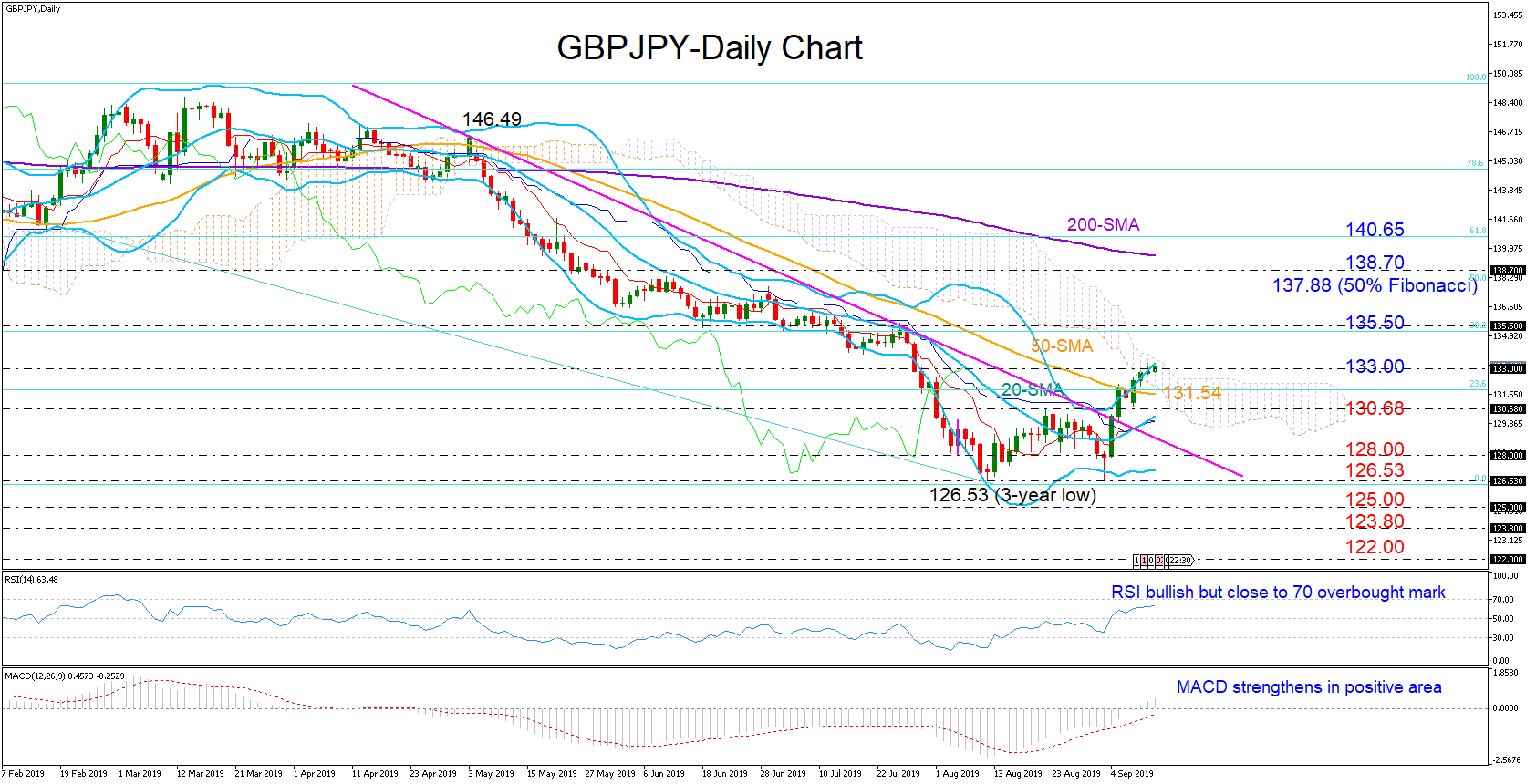