After charting a Doji candlestick in the previous week, sellers returned this week and left GBP/USD in close proximity to two-week lows of 1.3050. The divergent monetary policy outlooks between the US Fed and Bank of England (BOE) weighed heavily on the pair alongside a pause in the bond rout. Meanwhile, markets remained in a cautious mood amid a lack of progress in the Russia-Ukraine crisis and global growth concerns. Looking ahead, a quiet week on the economic data front will put the focus back on the Ukraine saga and the central banks’ expectations.

As expected, GBP/USD extended the previous week’s correction from three-week highs of 1.3300, accentuating the downside on Monday after BOE Governor Andrew Bailey played down expectations of a May rate hike in his speech on Monday. Bailey said the ‘situation is very volatile’ when asked about the May rate decision. On the other hand, hawkish comments from the Fed policymakers had already ramped up 50 bps rate rise expectations next month, which underscored the monetary policy divergence between the two central banks.

Cable subsequently plunged, over a big figure while the sell-off continued on Tuesday as well. The major hit nine-day lows of 1.3050 amid the relentless rise in the US dollar alongside Treasury yields. On Wednesday, however, the bond rout took a pause, which triggered a sharp corrective pullback in the yields and the dollar, offering a much-needed reprieve for GBP bulls. The mixed US data, in the form of the upbeat ADP Employment and downward revision to the Q4 GDP estimate, added to the greenback’s misery.

The rebound in the currency pair remained limited below 1.3200, as fears of an incoming recession seeped in, in the face of soaring inflation and expectations of aggressive Fed tightening.  Further, uncertainty around the Ukraine conflict, as the peace talks rendered little progress, weighed on the risk-sensitive British pound. Meanwhile, Russia warned European Union (EU) nations to pay in roubles or they would cut off gas supplies which also added to the climate of risk-aversion.

Ahead of the weekend, the March jobs report from the US helped the dollar continue to gain against its major rivals and caused GBP/USD to decline toward 1.3100. The US Bureau of Labor Statistics reported that Nonfarm Payrolls in March rose by 431,000. Although this reading missed the market expectation of 490,000, February's print got revised higher to 750,000 from 678,000. Additionally, US T-bond yields continued to push higher as the publication revealed that Average Hourly Earnings climbed to 5.6% from 5.2% on a yearly basis.

With the US payrolls out of the way, the sentiment around the Fed’s rate hike expectations will lead the way ahead of the March FOMC meeting’s minutes. The incoming Ukraine updates will also be closely followed, as it could have a significant impact on the market’s risk perception.

Meanwhile, BOE Governor Bailey is set to speak on Monday. His speech will kick off a relatively quiet week, in terms of the top-tier economic events. On Tuesday, the final revision of the S&P Global /CIPS UK Services Purchasing Managers’ Index (PMI) will be rolled out, followed by the US ISM Services PMI.

The Fed minutes will stand out on Wednesday and will likely emerge as the main event risk of the week. On Thursday, the US weekly Jobless Claims will entertain traders, as Friday seems data-sparse on both sides of the Atlantic. Speeches by Fed policymakers throughout the week will draw attention for fresh US dollar trades. 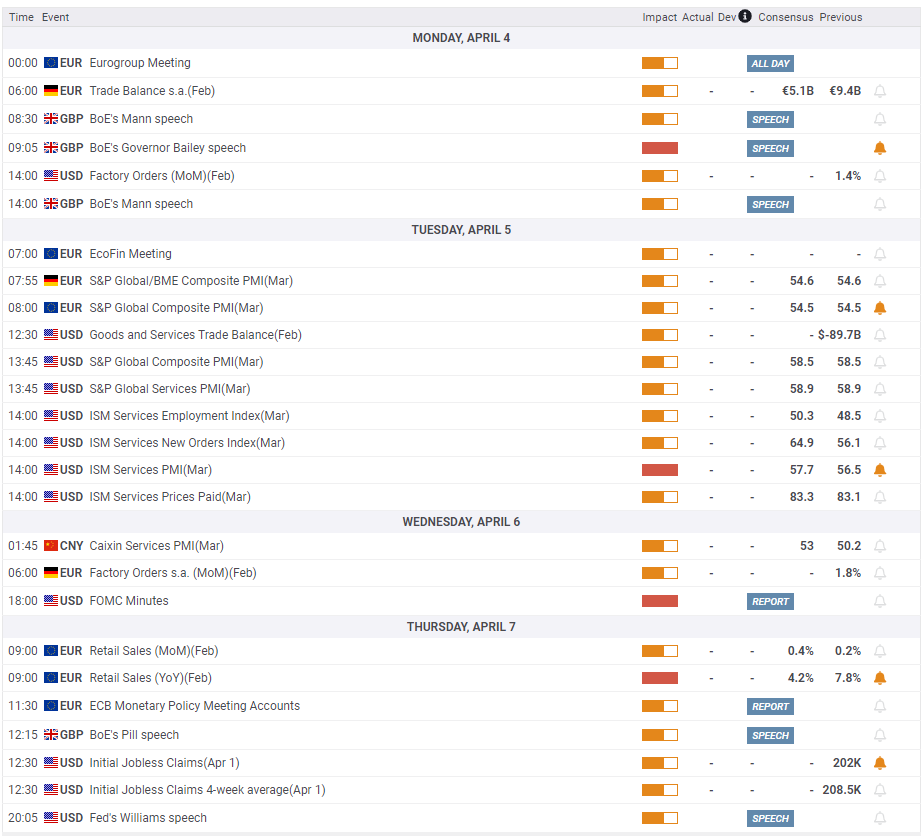 The technical outlook points to a bearish bias in the near term despite the fact that the pair closed three days in positive territory this week. The Relative Strength Index (RSI) indicator on the daily chart stays below 50, the 20-day SMA holds above the price and the key resistance at 1.3150 (Fibonacci 23.6% retracement of the latest downtrend) stays intact.

In order to turn bullish, GBP/USD needs to close above 1.3150 and start using that level as support. In that case, 1.3200 (psychological level) and 1.3250 (Fibonacci 38.2% retracement) could be seen as the next recovery targets.

In the short term, there is a slight bullish tilt apparent in the FXStreet Forecast Poll with the average one-week target sitting at 1.3128. A large portion of polled experts sees GBP/USD staging a decisive recovery toward the mid-1.3200s in April. 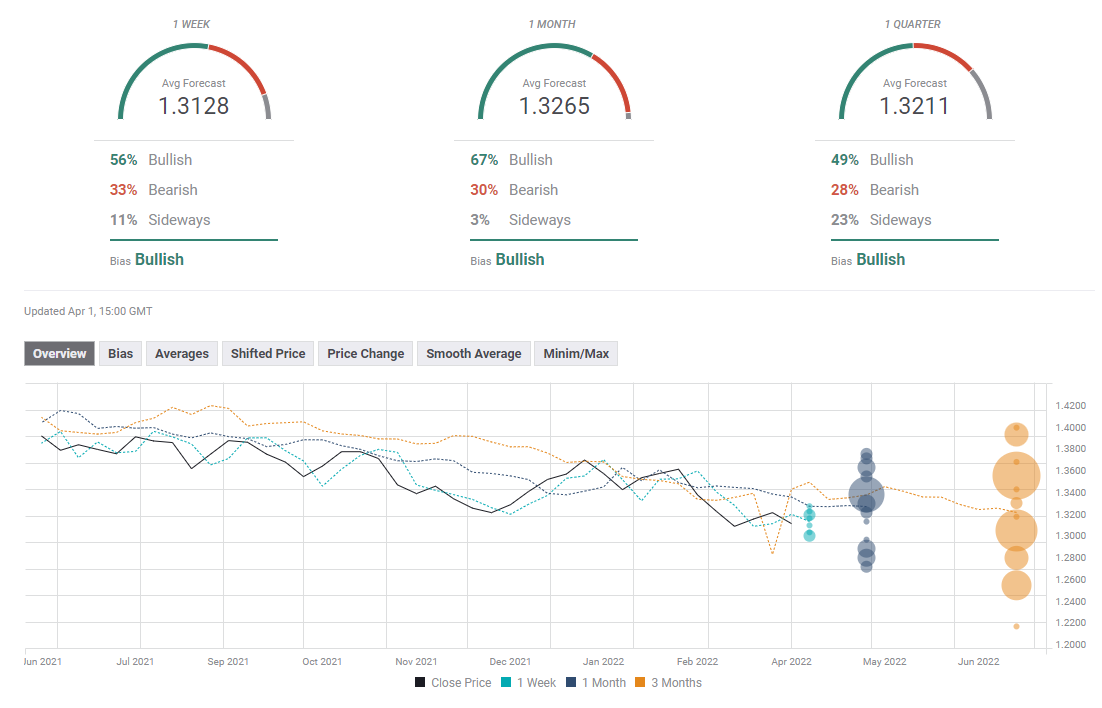