Trades must be entered before 8am and 5pm London time today only.

I wrote yesterday that further news on Parliament’s next move is needed (to move the price) but a strong bullish break above 1.3350 is likely to be significant if it ever comes and lead to much higher prices.

The price has done very little in a quiet market. The legal departure date of 29th March for Brexit is close but it seems there will be a last-ditch attempt to agree a deal next week and secure a short extension period. If it cannot be managed, there is a probability of a long extension which could then lead to the overturning of the Brexit plan.

Unlike most other currency pairs, we may see some movement during the London session as British inflation data is released, which is one of the most key price drivers for the Pound. The FOMC release later is also likely to cause a lot of movement. Volatility is generally high, so this pair is likely to be the biggest mover over the next 24 hours.

I maintain a medium-term bullish bias and think a strong break above 1.3350 will be very significant but will probably only follow through once some major news about Brexit arrives. 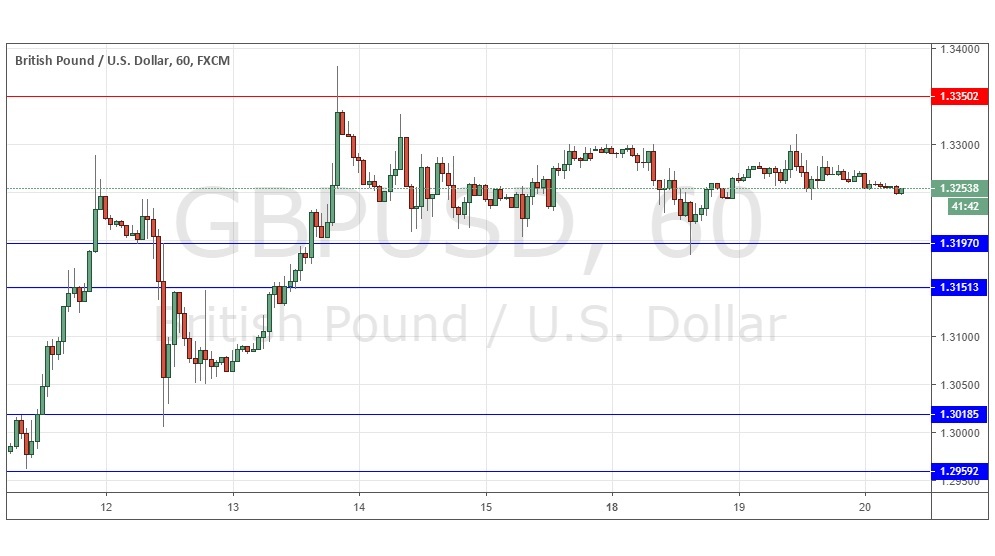 Concerning the GBP, there will be a release of CPI (inflation) data at 9:30am London time. Regarding the USD, there will be releases of the FOMC Statement, Economic Projections, and Federal Funds Rate at 6pm, followed by the usual press conference half an hour later.