Yesterday’s signals were not triggered, as there was no bullish price action at any of the key support levels when they were reached.

I wrote yesterday that we should expect movement to be dominated by rumours of voting intentions throughout the day, and then strong volatility as the vote takes place later. This was a good call. The price is now lower than it was this time yesterday and is close to the middle of the large approximate 300-pips swings up and down we have seen over the past couple of days, with some new support and resistance levels.

Things should quieten down now unless there is a shock development. Overall, the vote yesterday changed nothing. The U.K. will legally leave the E.U. on 29th March with no deal unless a deal is agreed or unless the U.K. and the E.U. agree an extension to postpone the delay beyond 29th March.

The E.U. is in a strong position and there is every sign that the U.K. will be begging on its knees on 28th March leading to either a complete abandonment of Brexit, or an acceptance of a rule taking de facto continuing membership in everything but name. This will boost the Pound strongly but is likely to prove disastrous for the health of Britain’s democracy, and will lead to continuing and strong political instability and extremism in the U.K. which could then negatively impact the Pound later.

I have no directional bias and would play rejections from the far price extremes. 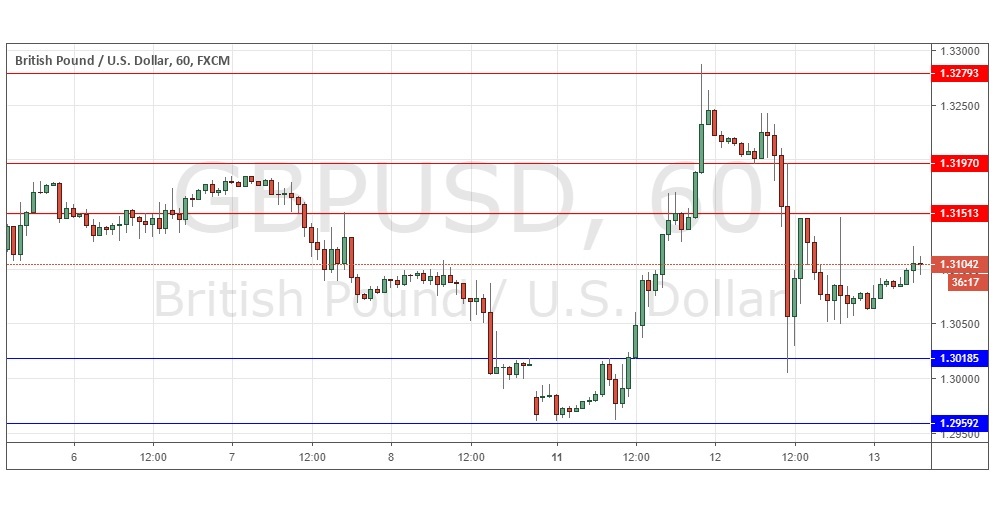 Concerning the GBP, there will be a release of the Annual Budget during the first half of the London session. Regarding the USD, there will be releases of Core Durable Goods Orders and PPI data at 12:30pm London time.