Yesterday’s signals were not triggered, as there was no bearish price action at 1.3097.

I wrote yesterday that I would be prepared to take a bearish bias if the price would be trading below 1.2950 on relatively high volatility by 9am London time. I was completely wrong about the direction but it was enough to stay out of trouble, as the low of the day came early at about 1.2959 before the price shot up from there on rumours, followed by news, that the British Government had secured a slight change to the E.U.’s offered deal which makes it more likely that the deal will pass through the British Parliament this evening, which would then essentially make Brexit happen and take the whole issue off the table politically at the exit date of 29th March.

The price respected the resistance at 1.3279, but we can now expect movement to be dominated by rumours of voting intentions throughout the day, and then strong volatility as the vote takes place later. If the vote loses, the Pound will fall sharply, but may rise even more strongly if Parliament then votes to ask the E.U. for a delay to Brexit. If the vote wins, the Pound will rise very sharply. 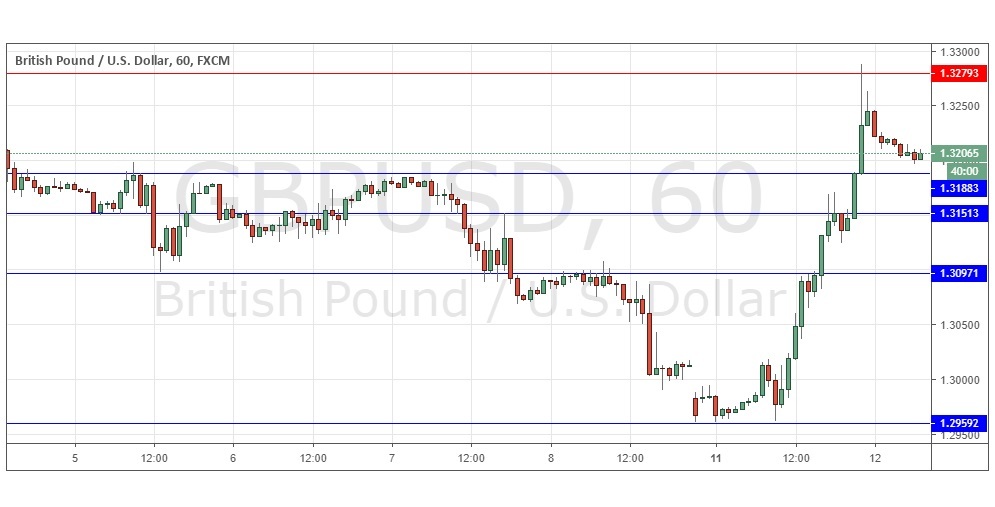