Last Thursday’s signals were not triggered, as there was no bullish price action at 1.3094.

I wrote last Thursday that the Pound was relatively strong, and that if the Bulls could make a strong move up so that by 9am London time the price was trading from at least 1.3220 I would take a bullish bias until the ECB input. This was enough to keep out of trouble as 1.3220 was never reached, but instead of a bullish scenario the Pound has fallen quite strongly. This is because hopes that the E.U. will offer significant concessions to the Brexit deal which the British Parliament will be voting on Tuesday have faded, making less of a deal or even no deal somewhat more likely, although I remain convinced no deal is highly unlikely to happen.

It is significant that the price has fallen by a lot and is still unable to get above the psychologically important 1.3000 area. I would be prepared to take a bearish bias if the price will be trading below 1.2950 on relatively high volatility by 9am London time today – there is room for the price to fall all the way to 1.2900 at least. 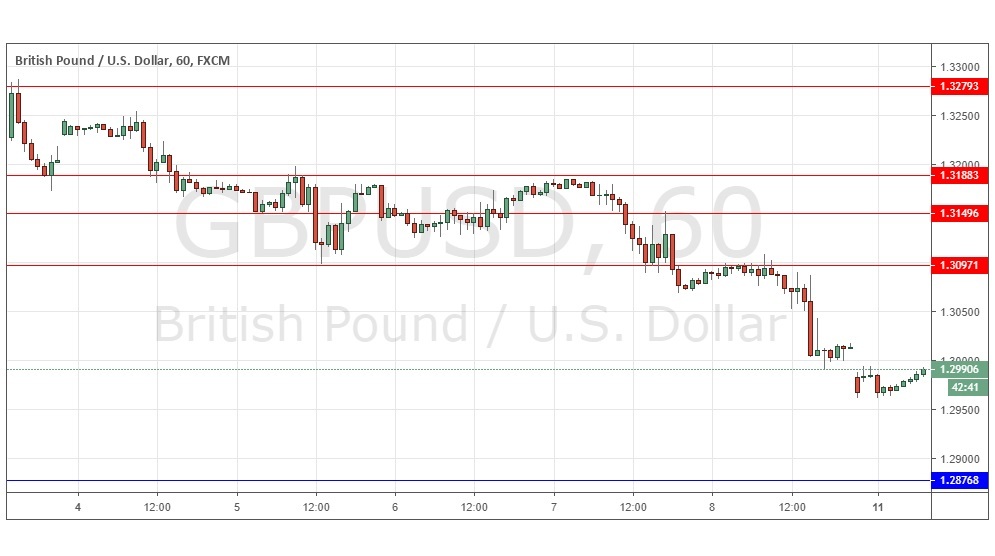 There is nothing of high importance due today concerning the GBP. Regarding the USD, there will be a release of Retail Sales data at 1:30pm London time followed at 1:00am by a minor speech from the Chair of the Federal Reserve.