Last Thursday’s signals were not triggered, as 1.3063 was not reached that day.

I wrote last Thursday that I would be very careful about taking any long trades for significant profits. If the price could remain above 1.3137, I thought it would be a mildly bullish sign. This was a reasonably good call as the price struggled to rise at that level and then slowly moved down from there.

The picture now is more bearish, with the U.S. Dollar broadly strong although not up by a large amount. The Pound has been quite weak as the prospects for a very soft Brexit are diminishing. Technically, the chart below is dominated by a medium-term bearish trend line which is holding the price down, and there are no key support levels until 1.3000. Absent any political news, it looks as if this pair is likely to continue to slowly fall over the course of the day. However, it may be dangerous to take short trades as the price is not far from 1.3000 and some bullish inflection points slightly above the round number which have occurred over recent days. 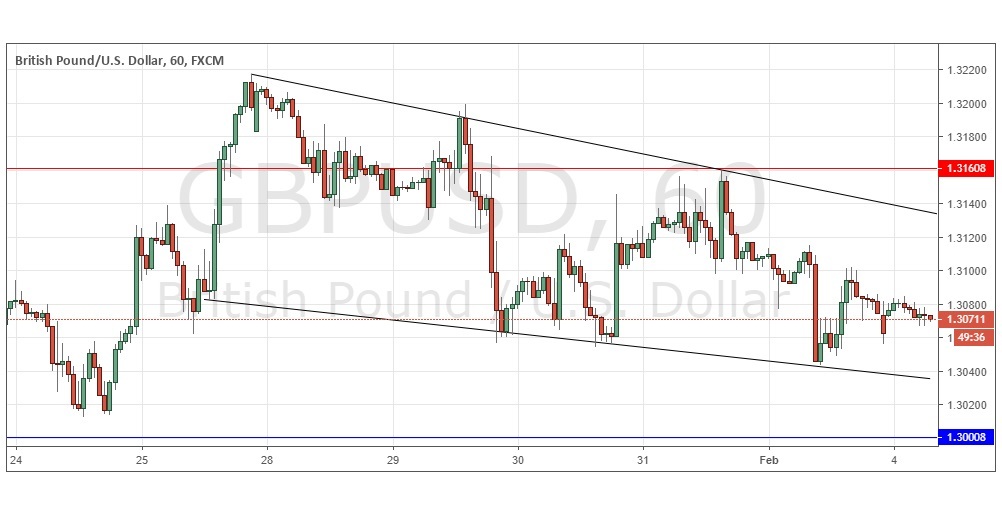 There is nothing of high importance due today regarding either the GBP or the USD.