Every trend has a countertrend – yet if the move in the opposite direction has no justification, it could prove short-lived. GBP/USD has bounced off the fresh five-month low of 1.3570 as the dollar has taken a break from gains. The greenback is falling as Treasury yields rise – a change in correlation. It seems that demand for bonds and the dollar are now linked.

Markets' "Turnaround Tuesday" has helped cable climb from the abyss, but it is hard to find any noteworthy fundamental change that justifies an upswing. First and foremost, COVID-19 cases remain elevated in Britain, nearing 50,000 per day once again. Vaccinations slow the increase in hospitalizations and deaths, but cannot fully keep them down. 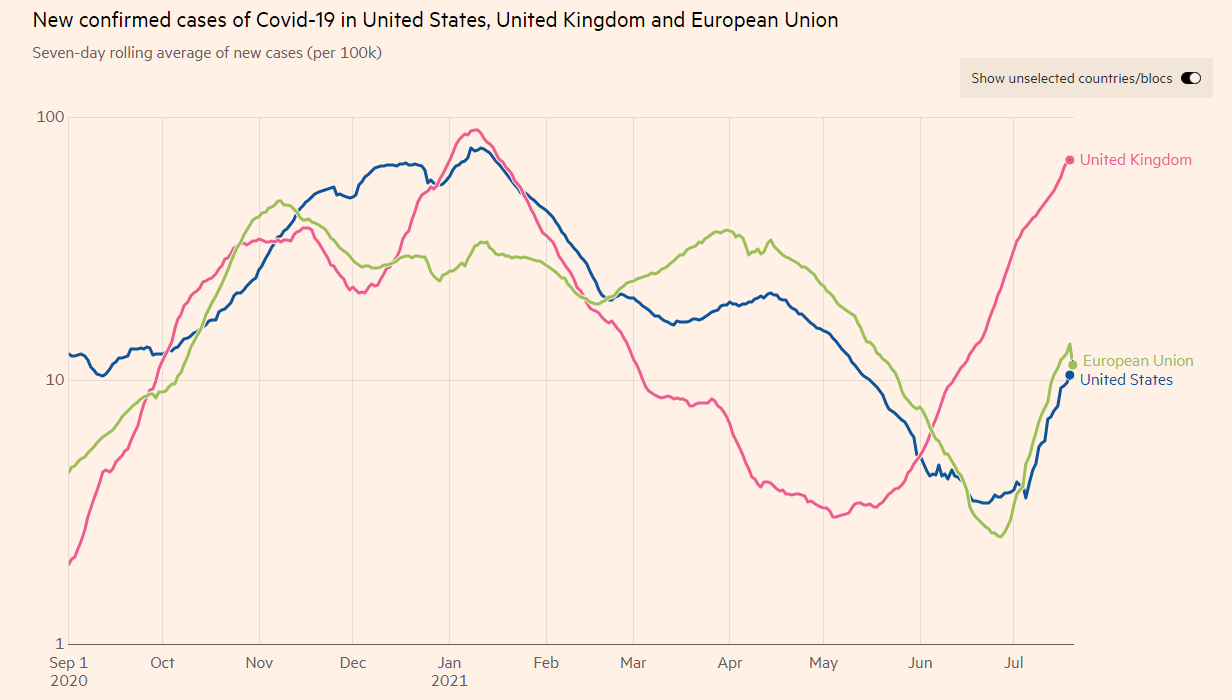 Britain's abandonment of covid restrictions is seen as a gamble in the UK and outside it – weighing on cable. Infections are surging in America, but remain at relatively low levels. Moreover, the dollar is a safe haven – benefiting from concerns about global growth. Markets can sour as quickly as they recovered, and any "Turnaround Tuesday" could be followed by a "Wobbly Wednesday."

Brexit is another topic that keeps pressure on the pound, just by refusing to die. The EU and the UK remain at loggerheads about the Northern Irish protocol, in a clash that was supposed to be delayed to after the summer.

In the US, the Senate is set to hold an initial vote on a bipartisan infrastructure bill later in the day – and it is unclear if it could muster enough support. Uncertainty in Washington adds to market fears.

All in all, there are no fundamental reasons for cable to climb back up.

Pound/dollar's bounce makes sense when looking at the Relative Strength Index (RSI) on the four-hour chart – it dropped below 30, entering oversold conditions. However, this recovery is only enough to push the RSI above 30  and could end in a "dead-cat bounce" – one that is followed by a downfall.

GBP/USD continues suffering from downside momentum and trades below the 50, 100 and 200 Simple Moving Averages on the four-hour chart.

EUR/USD bounces toward 1.18 as the dollar takes a breather

EUR/USD has bounced off the fresh three-month low of 1.1751 and trades closer to 1.1780 as the US dollar takes a breather from gains. Covid concerns and speculation ahead of Thursday's ECB decision weighed on the euro earlier.

GBP/USD is trading above 1.36, benefiting from a better market mood. Earlier, the pound struggled with a fresh EU-UK clash over the Northern Irish protocol and high levels of covid cases. 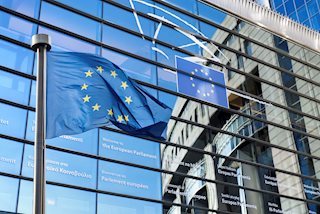 The European Union will step up its efforts to regulate the cryptocurrency industry. The bloc cited the reasons behind the move was to limit money laundering activities in the region.