Can 2021 be worse than in 2020? For cable, the loss of 200 pips within less than a fortnight is undoubtedly a weak start to the year. Recent developments have served a one-two punch to GBP/USD.

Blow 1: The US dollar has been extending its gains alongside rising US bond yields. Returns on Treasuries began rallying after Democrats won effective control of the Senate, enabling them to pass a large stimulus package. The bond sell-off extended as the Federal Reserve seems to tolerate the increase in long-term interest rates – seeing it as a sign of hope for a recovery later in the year.

Blow 2: Hospitals in London are in a desperate situation – with medical stuff pleading the public to obey the rules amid growing pandemic fatigue. The virus' variants have caused a faster spread of the disease and the recent measures have yet to push the curve case down.

Some in Westminster are mulling even tougher limits while others suggest stricter enforcement. In any case, the economy is undoubtedly struggling and sterling is suffering. Support may come from the government – Chancellor of the Exchequer Rishi Sunak is set to speak in parliament later in the day to discuss the state of the economy and potentially offer more fiscal relief.

Another source of hope comes from the medical front. The UK is ramping up the rollout of vaccines, setting up special immunization centers. Britain approved three jabs, from Pfizer/BioNTech, Moderna and homegrown AstraZeneca. The UK administered vaccines to only around 2% of the population despite the earliest start in the Western world. That may be better than European countries, but frustratingly slow given the number of doses at hand and mounting pressure on hospitals.

Overall, vaccine/virus news and US yields – dependent on the Fed – are in focus.

What about President Donald Trump's incitement of the Capitol storming? The political story is huge and is set to have long-term implications, but markets are shrugging off the outgoing Commander-in-Chief's maneuvers and looking toward President-elect Joe Biden's stimulus. 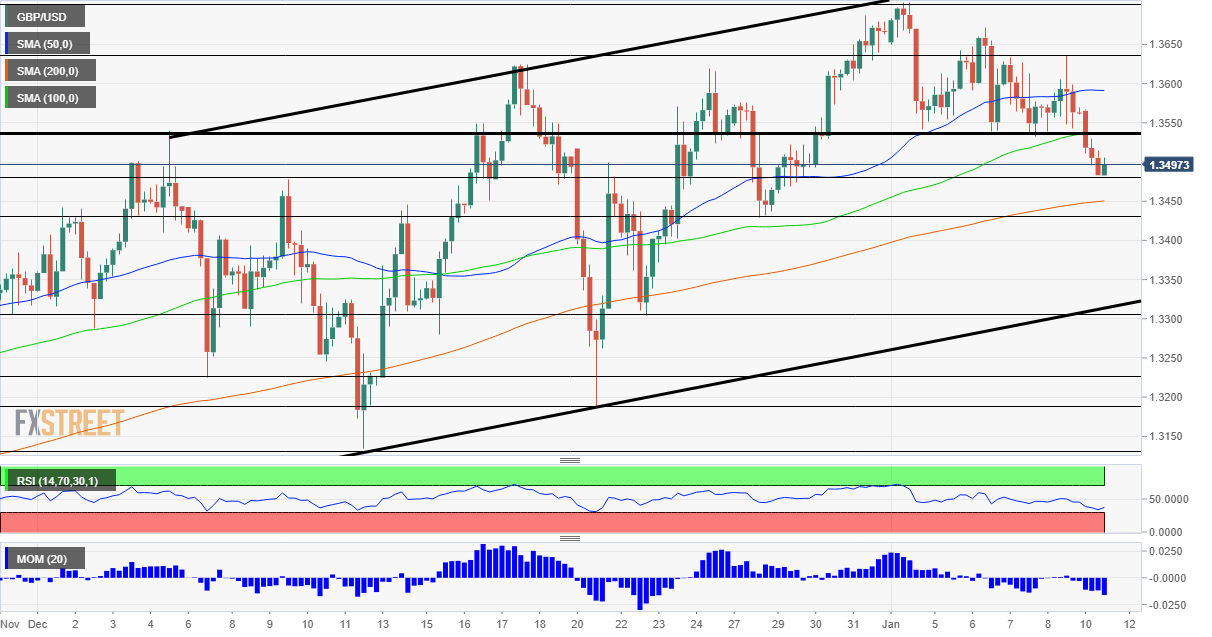 While pound/dollar continues trading in an uptrend channel, it lost the 50 and 100 Simple Moving Averages on the four-hour chart and momentum is to the downside. It has been holding above the 200 SMA and the Relative Strength Index is stable.