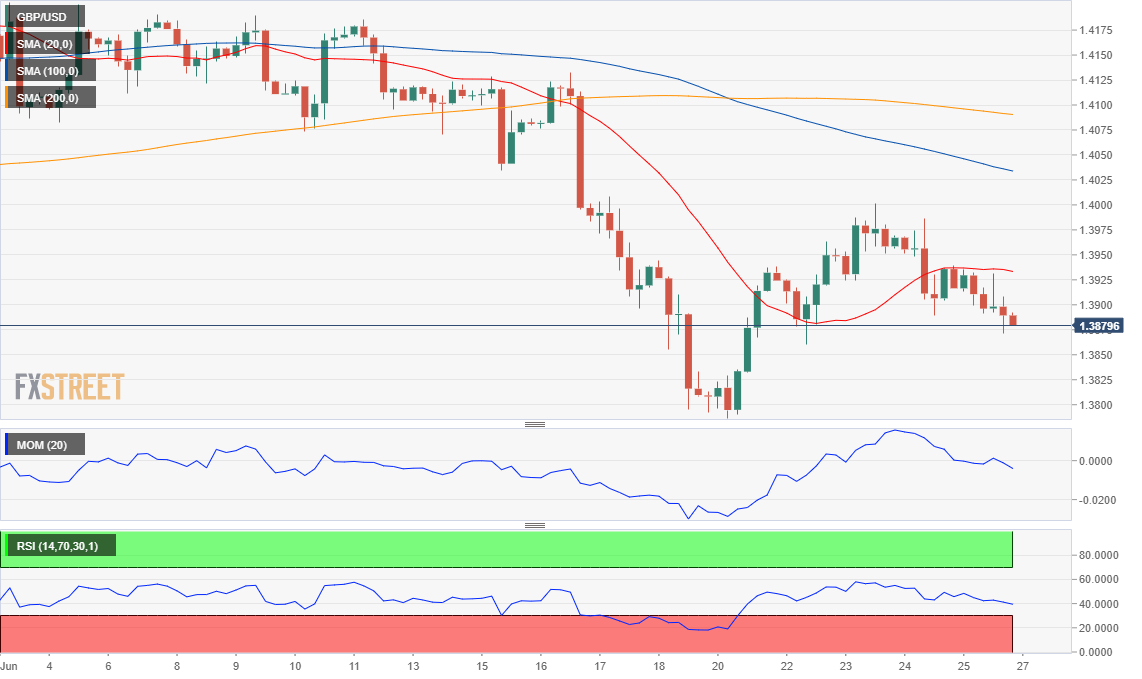 The GBP/USD pair fell for a second consecutive day, ending Friday at 1.3876. The pound kept suffering from the outcome of the Bank of England’s monetary policy, which was mostly dovish, quite the opposite to the hawkish tone expected by market players. Limited demand for the greenback prevented the pair from falling further.

Data coming from the UK failed to impress, as the June GFK Consumer Confidence Survey printed at -9, worse than the -7 expected. The BOE released the Q2 Quarterly Bulletin, highlighting the growing financial inequality among householders within the pandemic context. The country won’t publish macroeconomic data on Monday.

The GBP/USD has broken below an ascendant trend line coming from 1.2075, the low from May 17, currently at around 1.3950. The daily chart shows that the 100 SMA converges with the mentioned trend line, while the 20 SMA heads firmly lower above it. Meanwhile, technical indicators resumed their declines within negative levels after corrective extreme oversold conditions, all of which skews the risk to the downside. The 4-hour chart shows that the pair is developing below all of its moving averages, with the 20 SMA directionless at around 1.3940. Technical indicators maintain their bearish slopes within negative levels, favoring another leg lower.