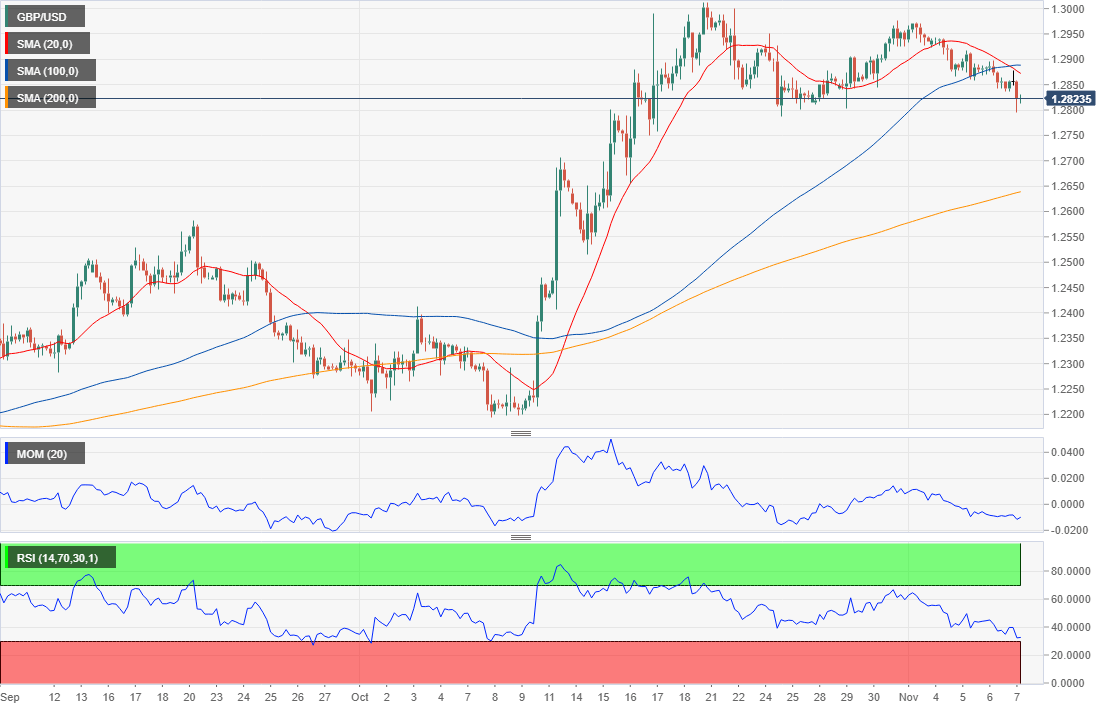 The GBP/USD pair fell this Thursday to 1.2793, its lowest since September 24, as the Bank of England surprised with a dovish decision. MPC decided to leave it’s monetary policy unchanged, although two members voted for a rate cut. Governor Carney, in his later speech, flagged the risks of a global economic downturn and warned that a no-deal Brexit would likely result in job losses and business closures. The central bank has kick-started the year with a hawkish view of the economy, with policymakers inclined for a rate hike. This time, it seems they are closer to easing the monetary policy. The never-ending Brexit drama, for sure adds to policymakers’ concerns. The UK won’t release relevant macroeconomic data this Friday.

The GBP/USD pair has recovered from the mentioned low, trading around the  23.6% retracement of its October rally at 1.2820, with a neutral-to-bearish short-term stance. The 4 hours chart shows that the upside has been capped by a bearish 20 SMA crossing below the 100 SMA, while technical indicators stabilised in negative territory. Further declines should be expected on a break below 1.2785, the immediate support.