The GBP / USD pair failed to develop an upward corrective movement above the short-term resistance level of 1.2540 (ЕМА200 on the 1-hour chart), and on Tuesday fell to 1.2410, resuming the decline in the global downtrend.

Probably, market participants have already taken into account in the price reduction of the Fed rate on July 31 and again focused on the problems around Brexit.

Boris Johnson, who is Theresa May’s most likely successor as prime minister, reiterated on Monday that he was ready for a tough Brexit on October 31, when the UK should finally withdraw from the EU, unless an agreement is reached between the parties.

The pound was also unable to get support after the publication on Tuesday of positive data, according to which, the UK labor market remains in force, despite the slowdown in the economy.

Below the key resistance level of 1.2900 (ЕМА200 on the daily chart) long-term negative dynamics prevail. Short positions with a long-term goal, located at the support level of 1.2000, are preferable (2017 lows and Fibonacci 0% level of the correction to a decline of the GBP/USD pair in a wave that began in July 2014 near the level of 1.7200).

Above the resistance levels 1.2765, 1.2800 (upper line of the ascending channel on the daily chart) growth is unlikely.

At 17:00 will begin the speech of Fed Chairman Jerome Powell. Last week, he unambiguously hinted at the inclination of the Fed leadership to ease monetary policy. Now investors will be waiting for new signals from him in relation to the Fed’s actions at a meeting on July 30 - 31. If he does not touch this topic, the reaction to his speech will be weak. 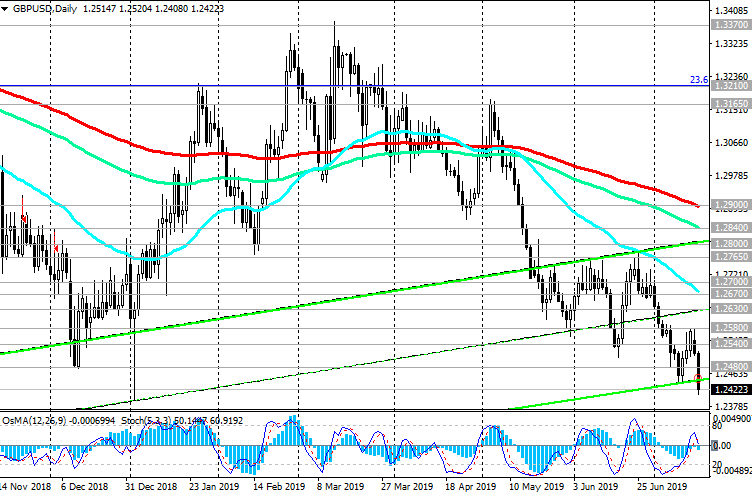 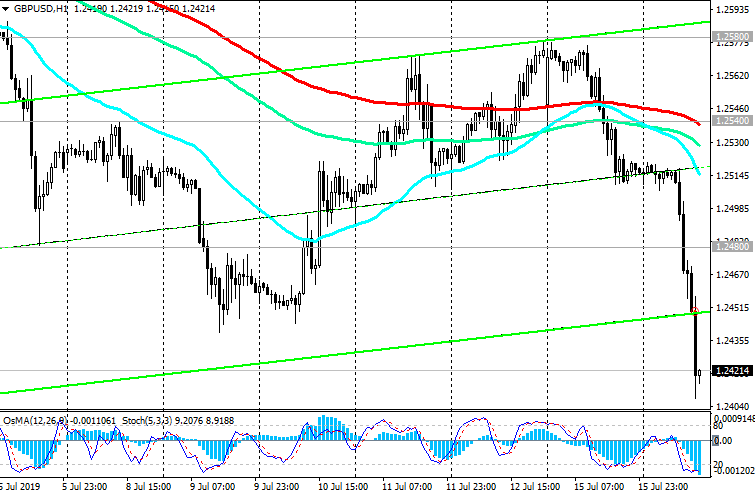