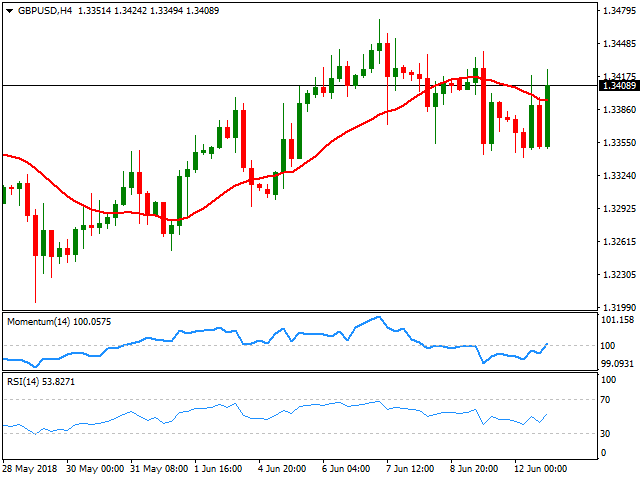 Theresa May could claim her first victory in a long time, as parts of the Brexit withdrawal bill are being voted by the UK Parliament, and several Tories have decided to accept the government's view.  MPs voted to reverse the Lords amendment removing the exit day from the bill, meaning that  29 March 2019 is again the exit day after the government made "lots" of concessions according to a parliamentary. Commons are considering amendments imposed by the Lords, and the key is the amendment 19, the one that guarantees a meaningful final vote on the Brexit deal to MPs. The government also managed to block the meaningful vote amendment, that would have meant a softer Brexit. In this scenario, the government retains full control of Brexit's results, but also could mean a tougher exit.

The GBP/USD pair which jumped over 50 pips with the initial vote, pared gains and stabilized a few pips above 1.3400, as investors are now considering which will weigh more. Technically, the pair is still unable to post a bullish stance, barely above a bearish 20 SMA and with technical indicators heading higher within neutral levels without enough strength. The pair would actually need to break above the 1.3450 region to gather additional momentum and extend its advance. The downside, on the other hand, seems better limited at the time being.