Yesterday, the GBP/USD exchange rate tried to surpass the 1.3165 level. During Friday morning, the rate was testing the support level formed by the 55-hour SMA, as well weekly R3 and the monthly R2 at 1.3110.

If the given support level holds, it is likely that a reversal north could occur in the nearest future. In this case the currency pair could face the resistance level—the Fibonacci 50.00% retracement at 1.3196.

On the other hand, the British Pound could consolidate against the US Dollar at the 1.3150 area in the short run. Also, it is unlikely that bears could prevail, and the rate could drop lower than the support level formed by the weekly R2, the monthly R1 ad the 100-hour SMA at 1.3040. 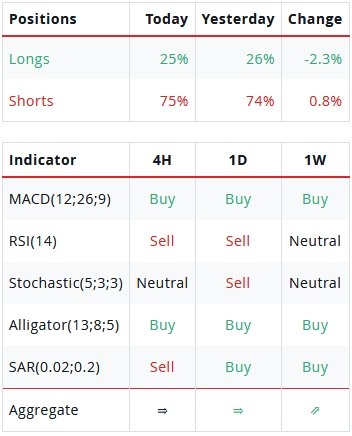