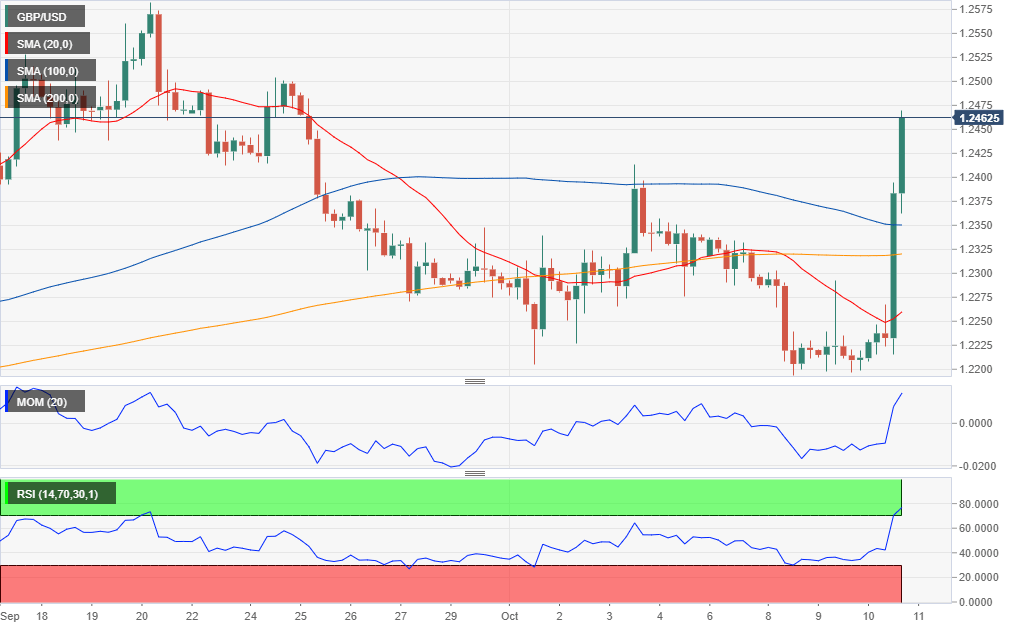 The Sterling soared on renewed Brexit hopes, with the GBP/USD pair reaching a fresh weekly high of 1.2468. After three hours of discussion, UK PM Boris Johnson and his Irish counterpart, Leo Varadkar, released a statement indicating that there is a pathway to a Brexit deal, and announcing EU-UK talks will resume this Friday. Later, Irish PM Varadkar added that he believes that it’s now possible to come to an agreement before the end of October

Brexit-related headlines offset dismal UK data, as, during the London session, the kingdom released several disappointing figures. Industrial Production was down by 1.8% YoY, more than doubling the market’s expected slide, while Manufacturing Production in the same period declined by 0.7%, also much worse than anticipated. Also, the monthly Gross Domestic Product came in at -0.1% in August, although the NIESR GDP estimate for the three months to September printed 0.5%. There is no data scheduled for release in the UK this Friday, but for sure, Brexit talks will provide enough catalysts.

The GBP/USD pair has bounced sharply after holding above the 61.8% retracement of its September rally, now hovering near the 23.6% retracement of the same run at 1.2440. In the 4 hours chart, the pair has surpassed all of its moving averages, while technical indicators maintain their bullish slopes in overbought territory, maintaining the risk skewed to the upside. The next probable bullish target is 1.2581, September monthly high.