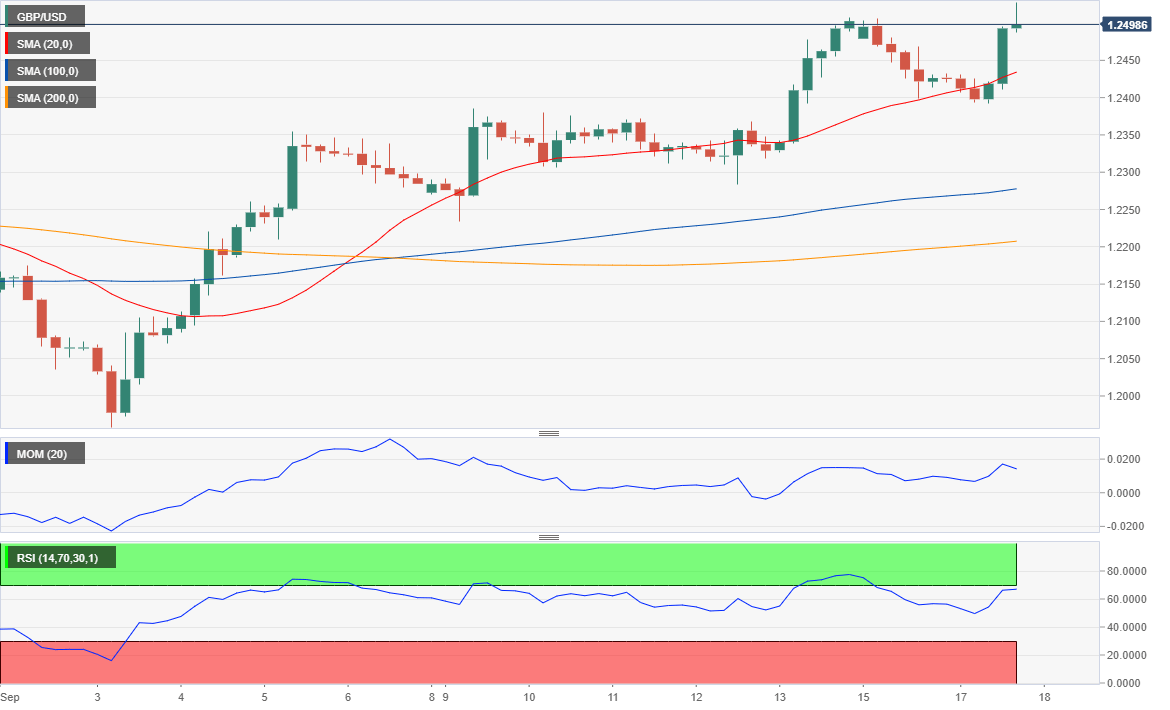 The GBP/USD pair surged to a fresh multi-week high of 1.2526, helped by receding dollar’s demand and comments from ECB’s Villeroy mid-US afternoon, saying that he still hopes that a Brexit deal can be reached, although adding that the EU must be ready for a no-deal. This Tuesday, the UK Supreme Court began a three-day heading over PM Johnson’s decision to prorogue the Parliament. The hearings will continue, and the decision will be unveiled Thursday. Meanwhile, comments from EU authorities continue reflecting the ongoing uncertainty. "France is still waiting for Britain to send precise propositions on Brexit," an official from French President Macron stated.

The UK will release this Wednesday, August inflation data. The yearly CPI is seen up by 0.5% from a previous 0.0%, although the core reading is seen at 1.8% vs. the previous 1.9%. The country will also release the Producer Price Index for the Same month.

The GBP/USD pair is heading into Wednesday’s opening at levels last seen mid-July, around the 1.2500 level. In the daily chart, the pair is pressuring to surpass its 100 DMA for the first time since early May, indicating that bulls are still leading the pair. In the shorter term, and according to the 4 hours chart, the pair bounced from a firmly bullish 20 SMA, which keeps advancing above the larger ones, keeping the risk skewed to the upside. The Momentum indicator, however, lacks directional strength just above its 100 level while the RSI stabilized near overbought levels, anyway holding within positive ground and in line with further gains ahead.