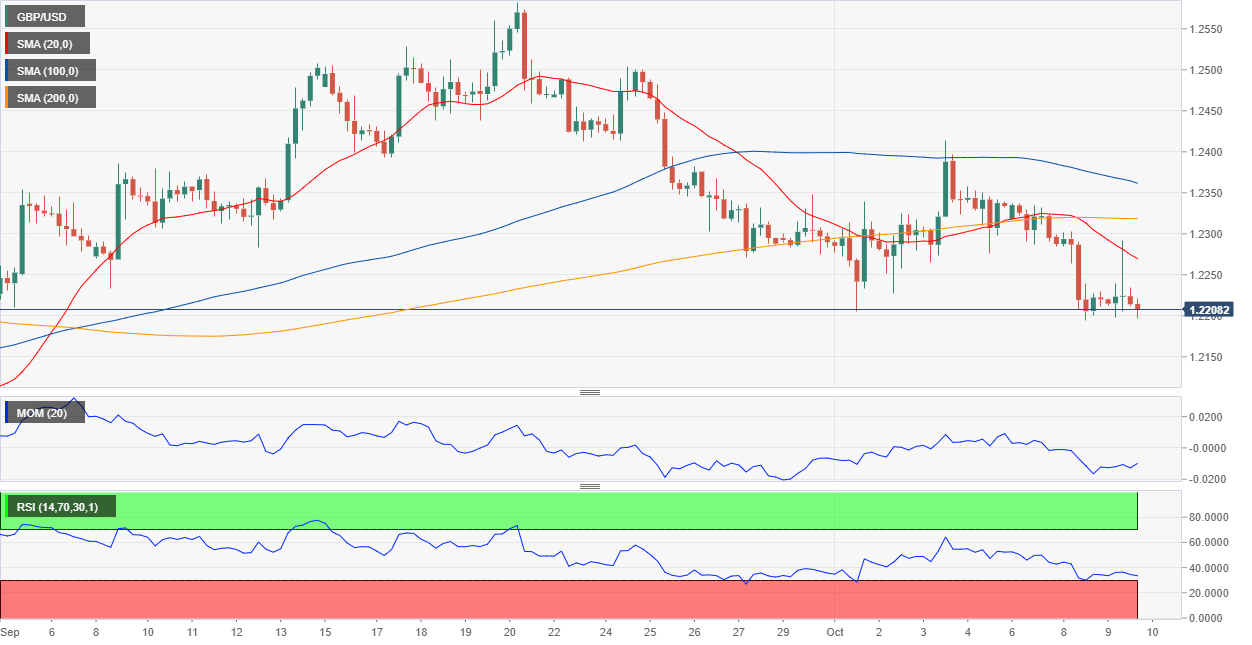 The GBP/USD pair jumped to a daily high of 1.2291 during London trading hours amid news reporting the EU is prepared to concede a time-limit on the Irish backstop. The headline, however, was later denied by EU officials, also considered non-viable by DUP representatives. The pair retreated to the lower end of its latest range, hovering around the 1.2200 level ahead of the release of FOMC Meeting’s Minutes, which passes unnoticed. The market is fully focused on Brexit, and mounting chances that the UK could crash out of the EU without a deal.

The UK has quite a busy calendar this Thursday, which includes Manufacturing Production and Industrial Production, seen declining in August when compared to a year earlier. The country will also release the Trade Balance and monthly GDP for the same month, this last seen contracting to 0.0% from a previous 0.3%. The NIESR GDP estimate for the three months to September is seen at 0.1%.

The GBP/USD pair is barely holding above the 61.8% retracement of its September advance, at 1.2195, holding above the level for a second consecutive day. The 4 hours chart suggests that the pair could accelerate its decline once below the mentioned support, as the early intraday advance was rejected by selling interest around a bearish 20 SMA, which accelerates south below the larger ones. Furthermore, technical indicators remain near their daily lows, lacking directional strength but well into negative ground.