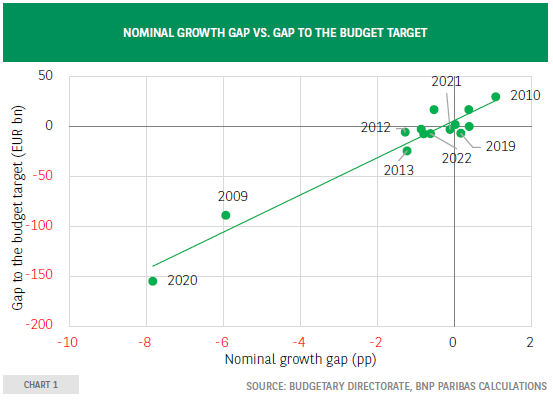 These elements suggest that a gap of 1 pp on growth would widen the public deficit by almost 10 billion euros, which in relation to GDP would result in a deficit of 5.4% of GDP at the end of budget implementation instead of 5% in the initial draft budget bill.