The Chancellor of the exchequer, Rishi Sunak, delivered his annual budget during the London session yesterday. In my previous blog, I highlighted some of the points that I considered as plausible for the budget; namely, I focused on continued support for the English economy and blueprints for tax rate reform. Sunak's budget has stayed relatively in line with my expectations, and He has tried to strike a balance between support and taxation. While the obvious scaring in the UK economy will be long lasting, the budget conditions he is implementing should further lift the recovery efforts. Having said that, the taxation policies make me glad that I am not a citizen of the United Kingdom.

The keynotes from the budget include:

To give a baseline, the UK economy shrank by close to 10% in 2020 due to the impacts and challenges of COVID-19. This year, the budget estimates that we will see a growth of 4% in 2021, and next year in 2022, an increase of 7.3%. Regardless of these growth numbers, in five years, the UK economy will still be lagging by 3% had the pandemic not occurred.

The budget is already receiving some criticisms, particularly from the political battlefield were Sunak's opponents had noted concern for increased costs on businesses and individuals. The risk from an economic standpoint is not just held by domestic companies and individuals but also incorporates foreign investment. It can put a chain on recovery for the UK economy, but that remains to be seen at this stage. 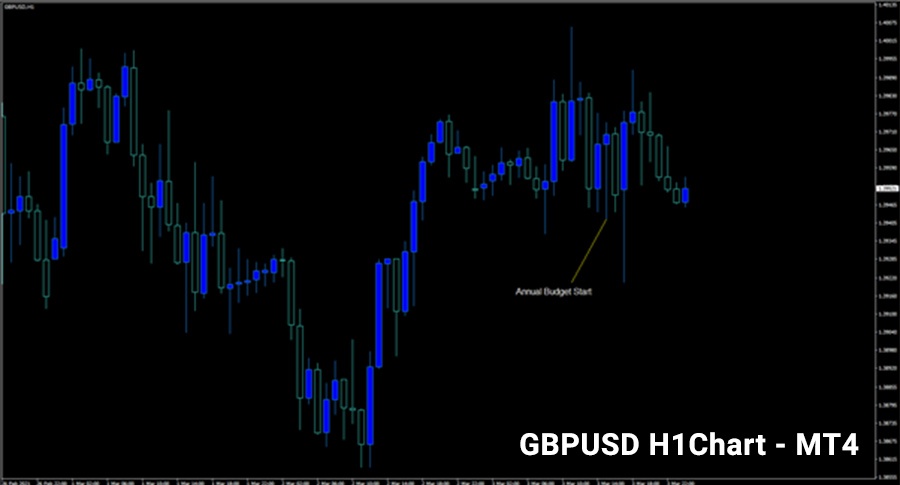 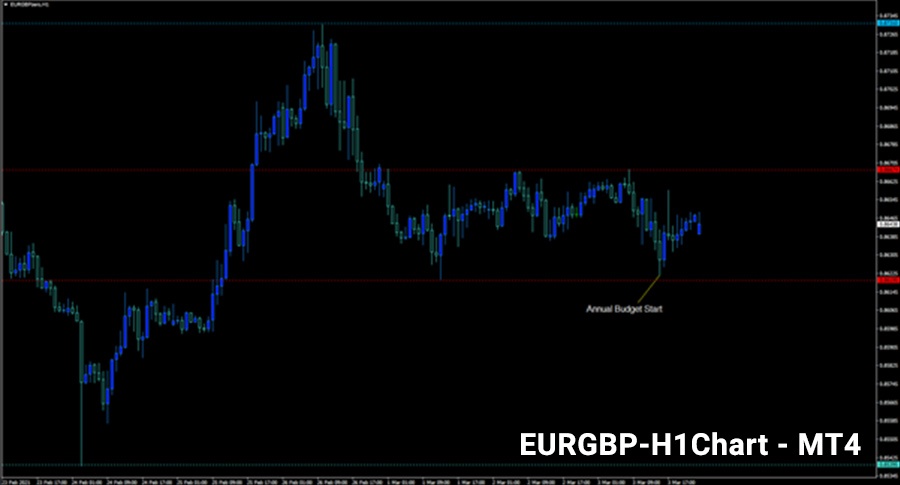 In the charts, above you will observe the impact on price of both the EURGBP and the GBPUSD. The effect was more pronounced on the GBPUSD with 31 Pips of movement during the hour with a range of 70 pips in the hours following. Looking at the pound's performance in 2021, it is the best performing G10 currency of the year so far, and the effects of the budget have been minimal on price.

While the next significant tests are for jumpstarting the economy back, overall, the fiscal support being offered and the speedy delivery of vaccines in the UK should enable a rapid reopening. Even if it has just endured the worst downturn for the United Kingdom in more than three centuries, I still expect to see the pound stretch beyond the 1.4000 level with an end of year target near the 1.5000 level against the US dollar.