The Federal Reserve on Wednesday elaborated on the conditions that will serve as guideposts for the end of its pandemic support policies and upgraded its forecasts for economic growth and unemployment.

In its last meeting of a most eventful year the central bank kept it base rate near zero, a level that it expects to last for three more years.

Markets had already been alerted by the minutes of the September FOMC meeting that the governors desired to set clear standards for the bond-buying program that, with the fed funds rate frozen, is now the bank's main policy tool.

The Fed fulfilled that deliberate hint by adding to the FOMC statement, that the bank would continue to buy at least $120 billion of bonds each month, “until substantial further progress has been made toward the Committee’s maximum employment and price stability goals.”

By this addition interest rate policy has now been officially defined in terms of the Fed's twin Congressional mandates, price stability and maximum employment.

In September the governors had changed the bank's inflation goal from a specific target to an average. “The Committee will aim to achieve inflation moderately above 2 percent for some time so that inflation averages 2 percent over time and longer-term inflation expectations remain well anchored at 2 percent,” said that month's FOMC statement.

These two changes will give policymakers flexibility if unemployment or inflation reaches levels that in the past would have triggered market speculation, if not actual Fed's action, about higher interest rates.

“The Committee expects to maintain an accommodative stance of monetary policy until these outcomes are achieved,” noted the FOMC statement.

“Together, these measures will ensure that monetary policy will continue to deliver powerful support to the economy until the recovery is complete,” said Chairman Jerome Powell at his news conference after the Fed announcement.

As has been true since the beginning the pandemic the Fed's estimates have been too pessimistic and have been upgraded with each successive release of the Projection Materials. 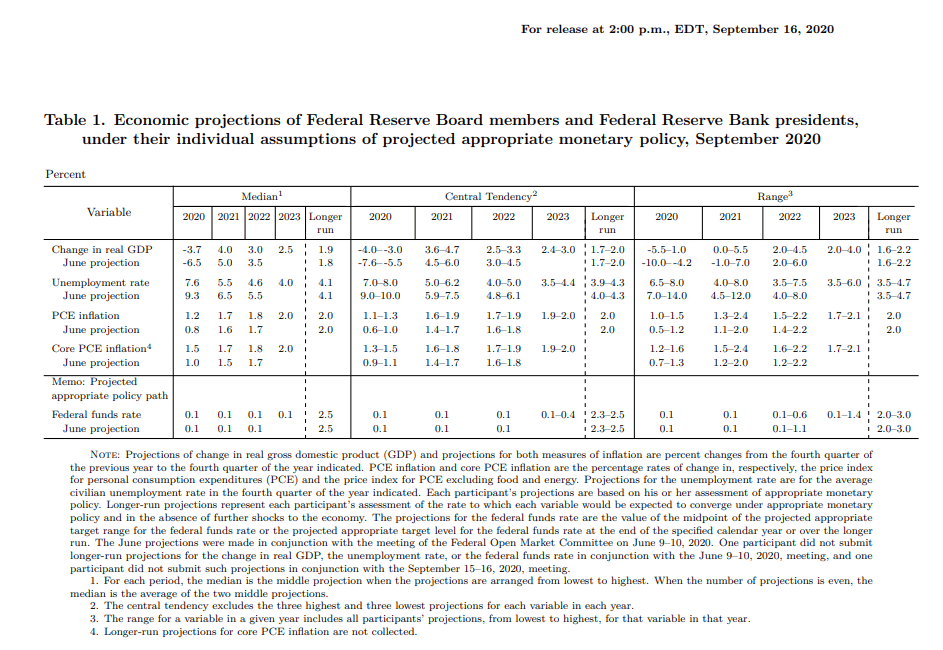 The initial March issued was scotched in the pandemic pandemonium. In June gross domestic product (GDP) was forecast to contract 6.5% in 2020 and unemployment was expected to be 9.3% now, at the end of the year.

By September the contraction was down to 3.7% and joblessness was lowered to 7.6%. This final 2020 version has the economy shrinking by just 2.4% and unemployment at 6.7%.

For unemployment the Fed's estimates have caught up to reality. The U-3 rate in November was 6.7%. In economic growth the Fed may still be unduly worried. A average of the annualized rates for the three reported quarters (Q1 -5%, Q2 -31.4%, Q3 33.1%) and the Atlanta Fed estimate for the fourth quarter of 11% gives a estimate of 1.93% for the year.

The final annualized rate for 12 months will certainly be different but this even this rough measure suggests that the central bank economists, as analysts almost everywhere, have difficulty computing the great desire of the economy's actors to reconstitute their lives and businesses.

Core PCE inflation is expected to be 1.4% for the year and in September that had been 1.5%. The return to the Fed's 2% goal is, as it has been since the financial crash over a decade ago, a multi-year project.

As Chairman Powell observed in response to a question on inflation in the press conference. “There are significant dis-inflationary pressures around the world and they have been there for a while. Even with these very high levels of asset purchases it will take some time to get inflation higher.”

Nothing in the Fed's new bond program definition changed the outlook for the markets. Fed purchases are the main fact in bonds where without that support for prices, traders would likely take the same positive view of the future as in equities and interest rates would be considerably higher.

The dollar saw the chief interest with the greenback initially higher against most majors, perhaps spurred by the FOMC's improved economic growth estimate, but the movement was minimal. 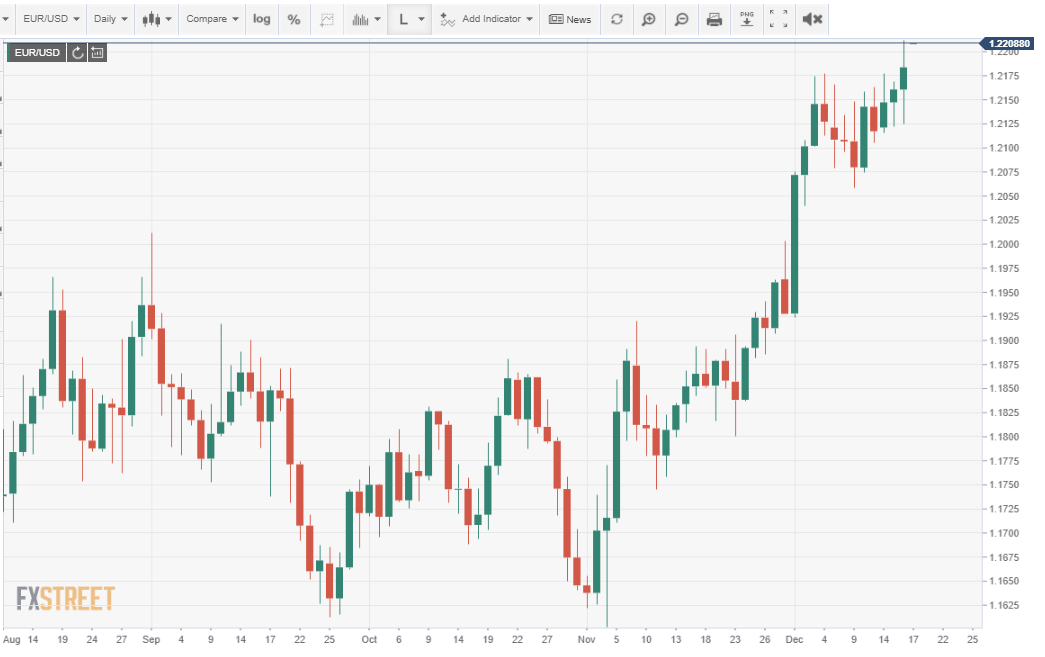 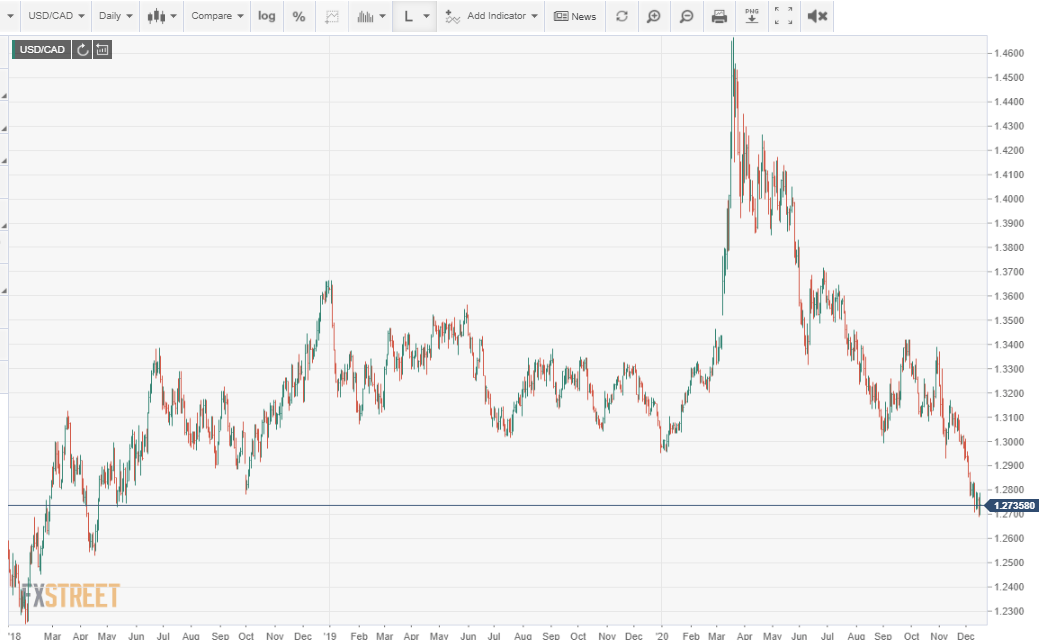