Macroeconomic overview: The Fed left its target interest rate unchanged, but announced that it will begin to gradually shrink its balance sheet in October. The monthly pace of the reduction will initially be USD 10bn and increase to USD 50bn in the course of next year. The updated Summary of Economic Projections did not contain any meaningful changes compared to June. The Fed officials continue to see one additional rate hike this year, followed by another three increases in 2018. The Committee did, however, further lower its estimate for the longer-run equilibrium rate.

We admit that we were surprised by yesterday's reversal in USD and the drop of EUR/USD below 1.1900. We could not find anything decisively hawkish (relative to expectations) that could justify the dollar rally. In all likelihood some market participants may have been expecting a more cautious stance that did not materialize and responded by bidding the greenback higher as the probability of a rate hike in December has now risen. This may induce more two-way volatility in the FX market but does not change our fundamental stance. We still think EUR-USD corrections will remain contained and the area around 1.1850 should prove to be a strong support zone. We see no reason to change our constructive stance as nothing has changed in terms of relative fundamentals.

Technical analysis: The EUR/USD fall was stopped at 23.6% fibo of the 1.1119 to 1.2092 rise. This level was pierced on September 14, but there was no close below. The fact that the pair did not manage to break below that fibo yesterday may suggest that the bears are not strong enough to reverse the upward trend. 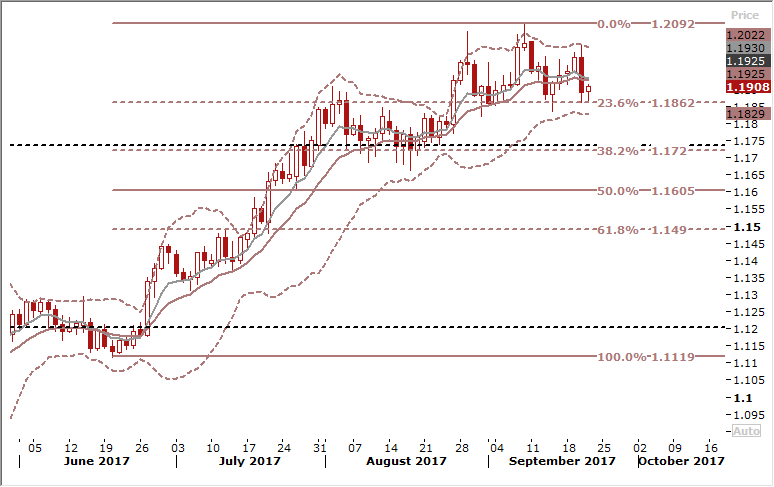 Macroeconomic overview: The Bank of Japan kept monetary settings steady on Thursday, but a board newcomer argued against the central bank's view that current policy was sufficient to boost inflation to its 2% target in a sobering assessment of the outlook.

Goushi Kataoka, a vocal advocate of aggressive easing who joined the board in late July, dissented in an 8-1 vote - potentially exposing a fresh rift in the board that could further delay any plan by the BOJ to dial back its massive stimulus.

The BOJ decided to keep its short-term interest rate target at minus 0.1% and a pledge to guide 10-year government bond yields around zero percent under its yield curve control policy.

The BOJ also maintained a loose pledge to keep buying bonds so its holdings increase at an annual pace of 80 trillion JPY, diverting from the U.S. Federal Reserve's plan to steadily pull back from crisis-era measures.

The announcement came hours after the Fed's decision to leave interest rate unchanged and a signal it still expects one more increase by the end of the year, which pushed the dollar to a two-month high against the yen. 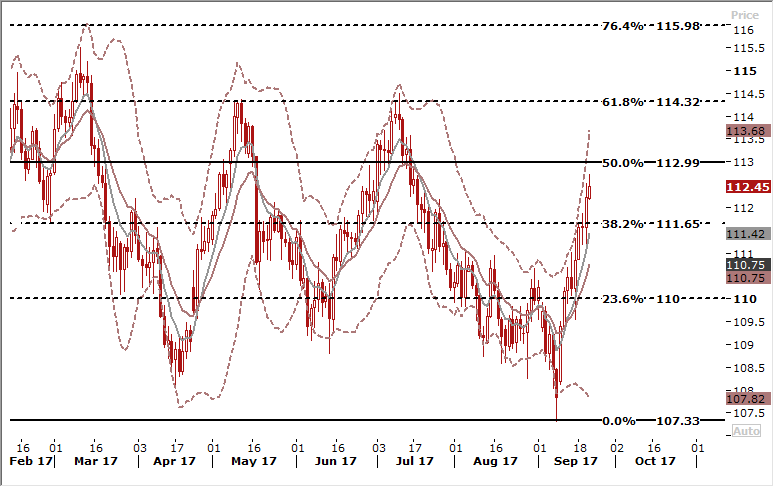 Macroeconomic overview: New Zealand's GDP jumped 0.8% in the three months to the end of June, up from a revised 0.6% the previous quarter. Annual GDP was left unchanged at 2.5%.

Thursday's outcome is unlikely to divert the Reserve Bank of New Zealand from its firm path of keeping rates on hold at record lows of 1.75% for years to stoke inflation.

Despite accelerating economic growth, the NZD slipped against a broadly firmer USD today. We think that USD strength is temporary, because Fed’s monetary tightening had been widely expected and already priced in. In our opinion the strategy should be to use NZD/USD dips to buy the kiwi.

Technical analysis: The NZD/USD broke above 23.6% fibo of May-July rally yesterday, that is a resistance level now. But the pair did not manage to close above the above-mentioned resistance. Today the NZD/USD fell back to 7-day exponential moving average and stays above it. The short-term moving averages are positively aligned, which keeps bullish trend intact. We think the reaction to Fed’s statement would be short-lived and we stay bullish on the NZD/USD. 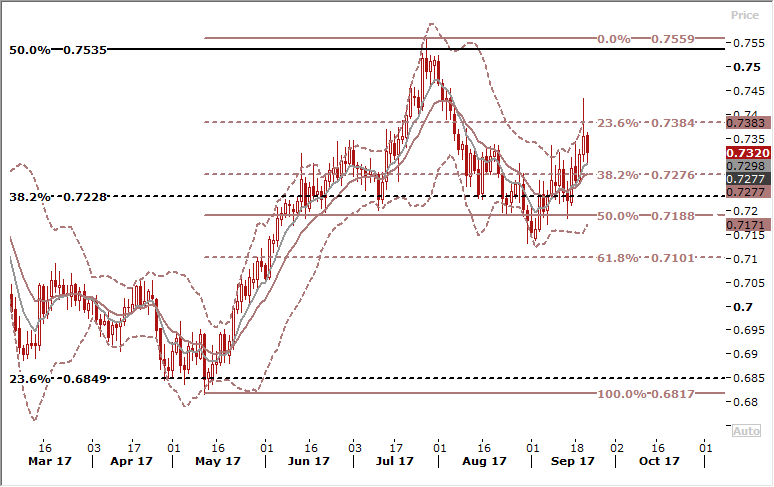