The South African Rand was the best-performing emerging market currency this month after the Mexican Peso and the Brazilian Real, supported by the highest real yields among developing countries and speculation that the South African Reserve Bank's record policy easing cycle may be coming to an end. The SARB have a policy announcement on interest rates later today (13:00 GMT) along with Consumer Confidence and the Unemployment data (currently officially in excess of 30% and much higher for younger job seekers). 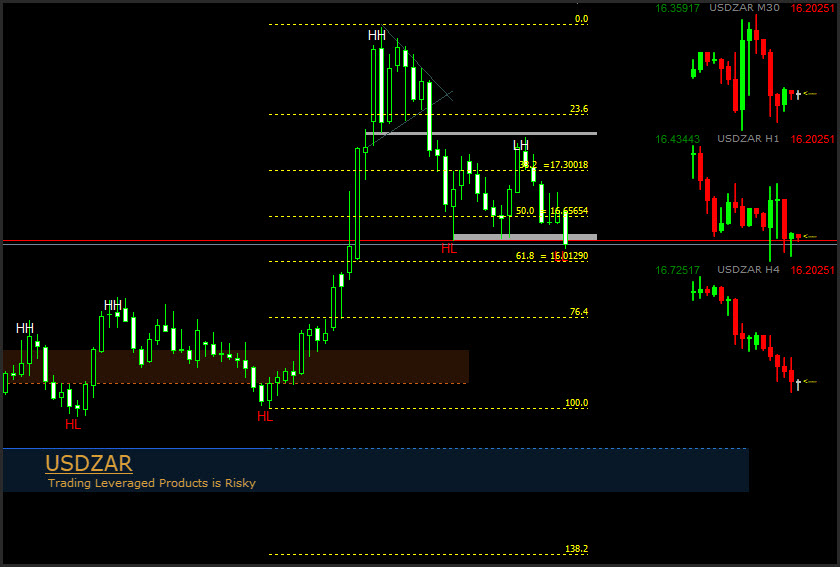 With the possibility that the Federal Reserve will keep interest rates low in the future, the South African currency could continue to attract demand from investors borrowing Dollars to buy higher-yielding currencies, known as carry trades. The Rand has returned 4% in carry trades this month.

The South African Rand is testing a key defence level after four consecutive days that pushed it to its strongest level since mid-March. On Wednesday the currency surpassed 16.35 – breaching the 50.0% Fibonacci retracement of its April high to January low – after failing to break the level three times in the past three months. A sustained break below it could see the Rand targeting the 61.8% retracement followed by the 76.4% level.