The Australian dollar wavered in early trading as the market reflected on the strong services and construction data. According to Markit, the country’s services PMI rose from 53.4 in February to 55.5 in March as demand and optimism rose. In the same period, the construction index rose from 57.4 to 61.8. These numbers came a day after the Reserve Bank of Australia (RBA) delivered its interest rate decision. It left rates, quantitative easing, and the yield curve control program unchanged and expressed concerns about rising housing prices.

The price of crude oil was under pressure even after some positive numbers. According to the American Petroleum Institute (API), the number of inventories declined by more than 2.6 million barrels last week after rising by more than 3.9 million barrels a week before. This decline was bigger than the expected 1.35 million barrels. The EIA will publish its view later today. Further, the International Monetary Fund (IMF) upgraded its economic outlook for the year to 6% from the previous estimate of 5.5%. This will be the fastest growth since 1980. A stronger global economy is usually positive for the price of crude oil because of demand.

The focus today will be on the global services PMI numbers published by Markit. In general, analysts expect that the services sector made robust improvements in March as many countries continued to reopen. The numbers will come a few days after the company published relatively strong manufacturing PMI. Traders will also focus on the latest trade numbers from the United States and Canada. In the US, they see the trade deficit widening from more than $68 billion to $70 billion. In Canada, analysts see the trade surplus rising to more than $1 billion because of higher oil prices. 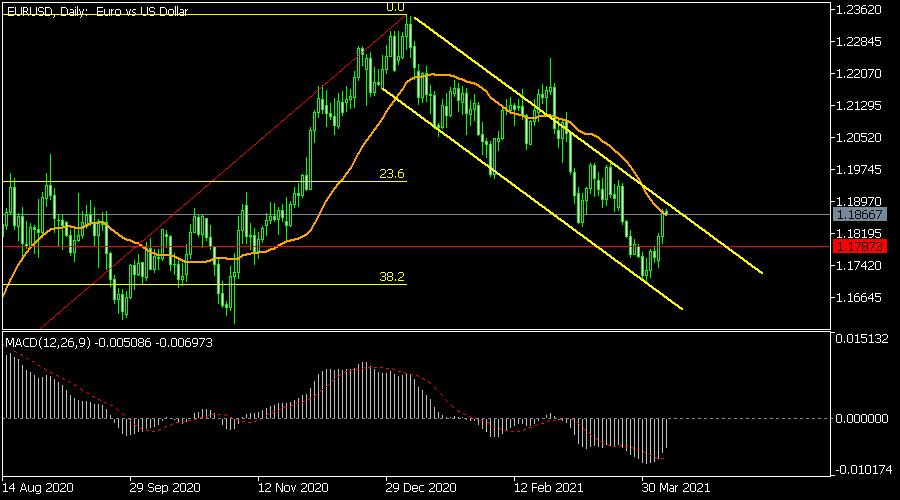 The USD/CHF pair declined sharply yesterday because of the relatively weaker US dollar. It fell to an intraday low of 0.9300. On the hourly chart, the price is substantially below the 25-day moving average while oscillators like DeMarker and the Relative Strength Index (RSI) have moved below the oversold level. The pair is also forming a small bearish flag pattern. Therefore, it may break out lower with the next key target being at 0.9250. 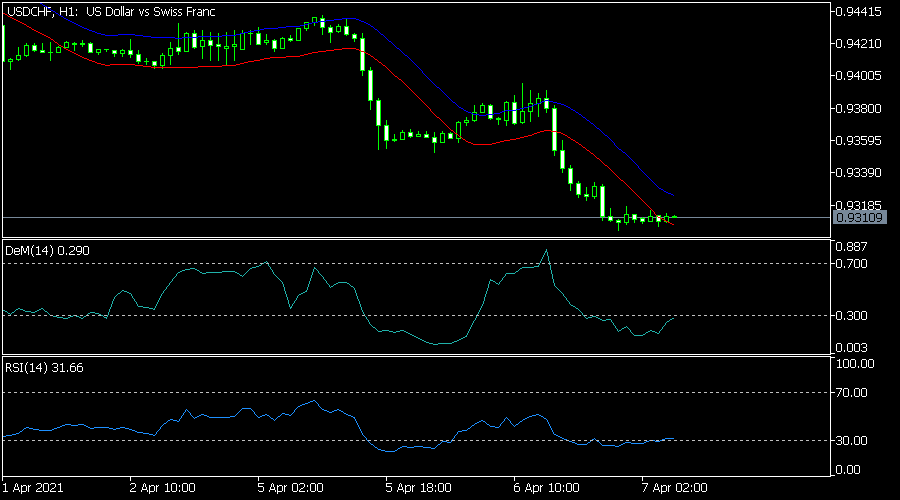 The AUD/USD declined slightly to 0.7655 in the Asian session. On the four-hour chart, the price has risen slightly above the 25-day moving average. It is also forming an inverted head and shoulders pattern, which is usually a bullish sign. Also, the MACD has moved above the neutral line while the RSI is rising. The pair may resume the upward trend in the near term as bulls target the key resistance at 0.7705. 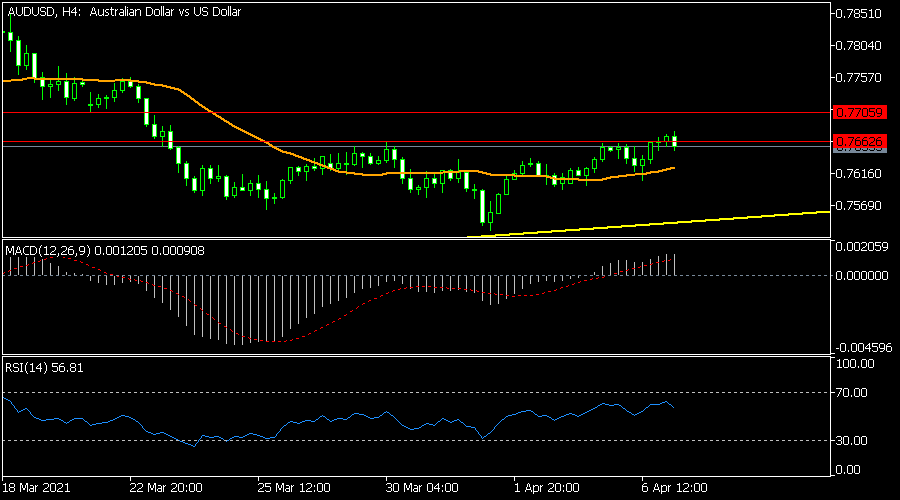