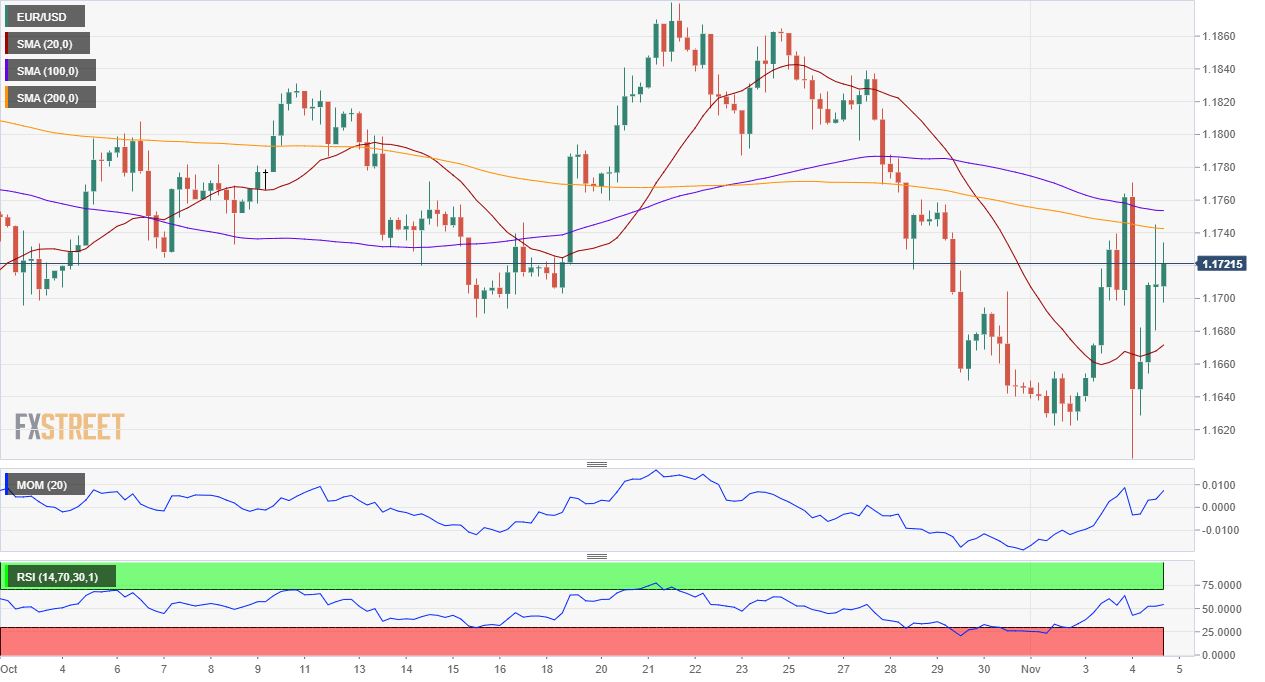 The EUR/USD pair is little changed on a daily basis, trading around 1.1710 as the day comes to an end. It peaked at 1.1770 and plummeted to 1.1602 in the heat of the US presidential battle. A clear outcome is not yet available as the race is tight in some swing states, with counting delayed due to mailed-in ballots. At this point, Biden has a slight advantage when it comes to electors confirmed, but nothing is set and done. What’s notable is that Wall Street hit fresh weekly highs, as US President Trump seems to be doing much better than anticipated.

Markit published the final versions of October Services PMIs, which were upwardly revised in most of the EU. The German index printed at 49.5 from 47.3, while the Union index improved from 46.2 to 46.9. The US Markit Services PMI came in at 59.3, much better than the previous 55.4. The US also released the ADP survey, which showed a slower than expected pace of job creation in October. The private sector added 365K new positions, far below the 650K expected and the previous 753K. Finally, the official ISM Services PMI printed at 56.9, slightly better than anticipated.

This Thursday, Germany will release September Factory Orders, while the EU will unveil Retail Sales for the same month. The US session will bring Initial Jobless Claims for the week ended October 30, foreseen at 733K, and other employment-related figures relevant ahead of Friday’s Nonfarm Payroll report.

The EUR/USD pair trades around 1.1720, maintaining a positive stance, but with a limited bullish potential as it trades within familiar levels. The 4-hour chart shows that sellers are rejecting advances around the 100 and 200 SMAs, both heading lower near the mentioned daily low. Technical indicators hold on to intraday gains within positive levels but lost directional strength.