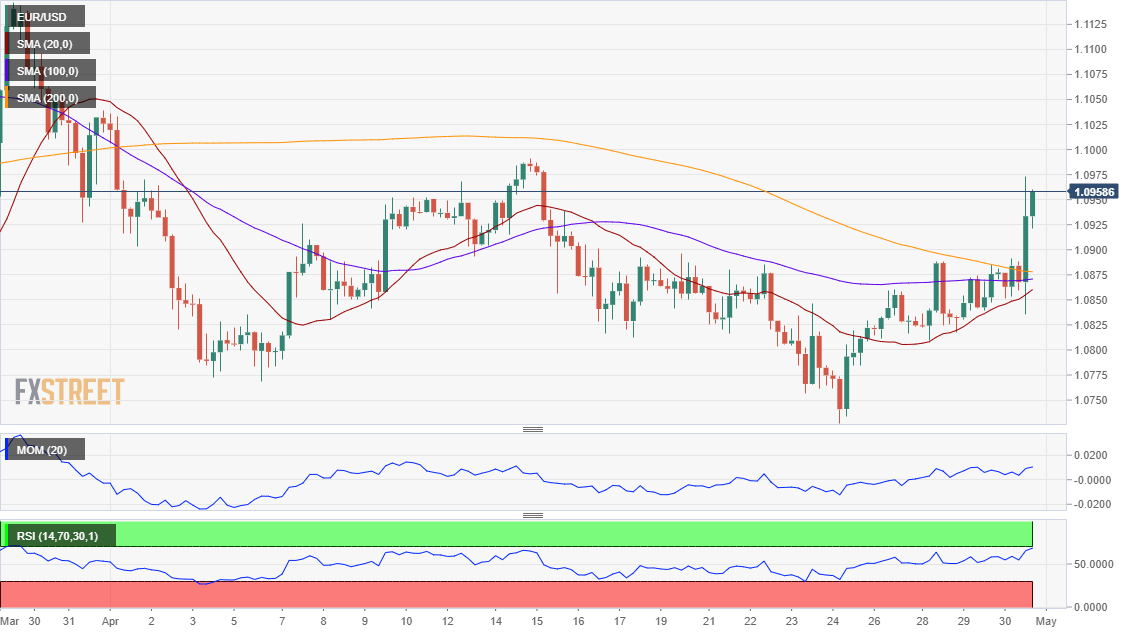 Something had to give, and it was the greenback. As April comes to an end, the EUR/USD pair jumped to 1.0972, its highest in two weeks. The dollar’s decline came ahead of London’s fix, with no specific catalyst behind it. The macroeconomic calendar was packed and included an ECB monetary policy announcement. The central bank made minor twists to its current policy, as it left rates unchanged while easing TLTRO conditions, by reducing interest rates between June 2020 and June 2021. It also announced a new lending program, meant to support the economy through the pandemic. President Lagarde acknowledged the EU is going an unprecedented contraction and that the Union’s GDP may fall between 5%-12% this year. Ahead of the decision, the preliminary estimate of the EU Q1 GDP came in at -3.3%, the lowest on record.

As for the US, weekly jobless claims in the week ended April 24 resulted in 3839K, worse than expected. Personal income fell by 2.0% in March, while spending plunged 7.5%. Core PCE inflation printed at 1.7%, below the previous 1.8% but above the 1.6% expected.

This Friday, most countries will celebrate Labour Day, although not the US. The country will release the final version of the April Markit Manufacturing PMI, foreseen unchanged at 36.9. The official ISM manufacturing index is expected at 35, below the previous 37.4.

The EUR/USD pair has retreated from the mentioned high, to end the day with solid gains in the 1.0940 price zone. The pair has room to extend its advance according to the 4-hour chart, as it is developing above all of its moving averages, which converge within a tight range below 1.0900. Technical indicators have stalled their advances but hold above their daily highs well above their midlines.