The vaccines, stupid – paraphrasing James Carville's "the economy, stupid" from 1992, that is the straightforward explanation of why EUR/USD is relentlessly falling. The old continent continues struggling to immunize its citizens while the US is surging forward.

By April 19, roughly 90% of Americans will be able to receive a COVID-19 vaccine, en route to President Joe Biden's 100% eligibility goal of May 1. The pace of immunization remains robust in the US while it lags behind in the old continent.

German politicians are pointing fingers at each other for handing mitigating measures and French President Emmanuel Macron is also under fire for not acting on time. While infections are also rising in the US – with the CDC director calling it an "impending doom" – the inoculation chart below points to a widening gap that favors the dollar. 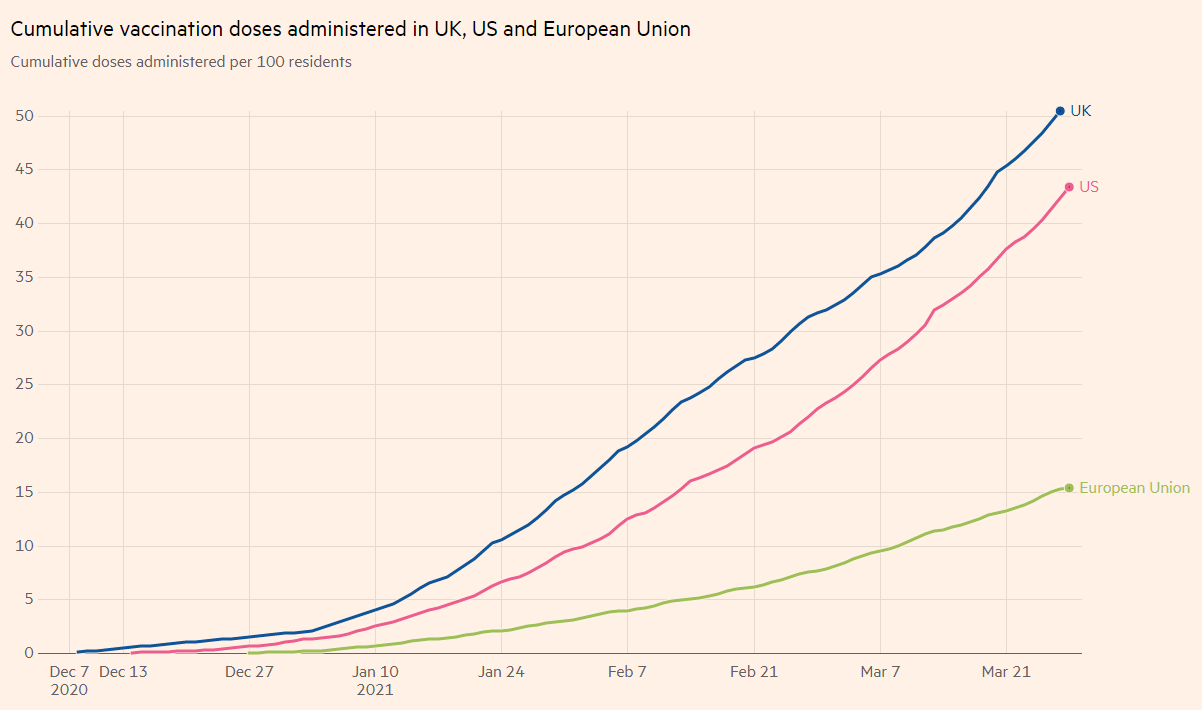 The greenback has also received a boost from rising US bond yields. Returns on ten-year Treasuries have surpassed 1.75% and five-year yields are also moving higher. Details of Biden's infrastructure plans have begun circulating and they are pointing to investment in green energy and potentially no taxes on gasoline – at least in the first phase.

If hikes of corporate taxes are deferred to the second stage of the plan, yields could further rise, also amid fears of inflation. The president is set to talk about the economy on Wednesday, but additional details about a two-pronged plan will likely come out beforehand.

Spain's Consumer Price Index surprised to the upside, with the European standard HICP hitting 1.2%. Similar increases are also seen in German states. However, it is essential to note that these increases are a result of base effects – a tumble in inflation in March 2020.

On the other side of the pond, the Conference Board's Consumer Confidence gauge for the current month is projected to show an increase, as Americans see better prospects – and have received stimulus checks.

Markets have cheered the reopening of the Suez Canal and remain worried about the implications of Archegos' liquidation – a hedge fund that received a margin call. So far, these developments have yet to impact EUR/USD.

All in all, the dollar has more room to rise while the euro may have to wait for a turnaround. 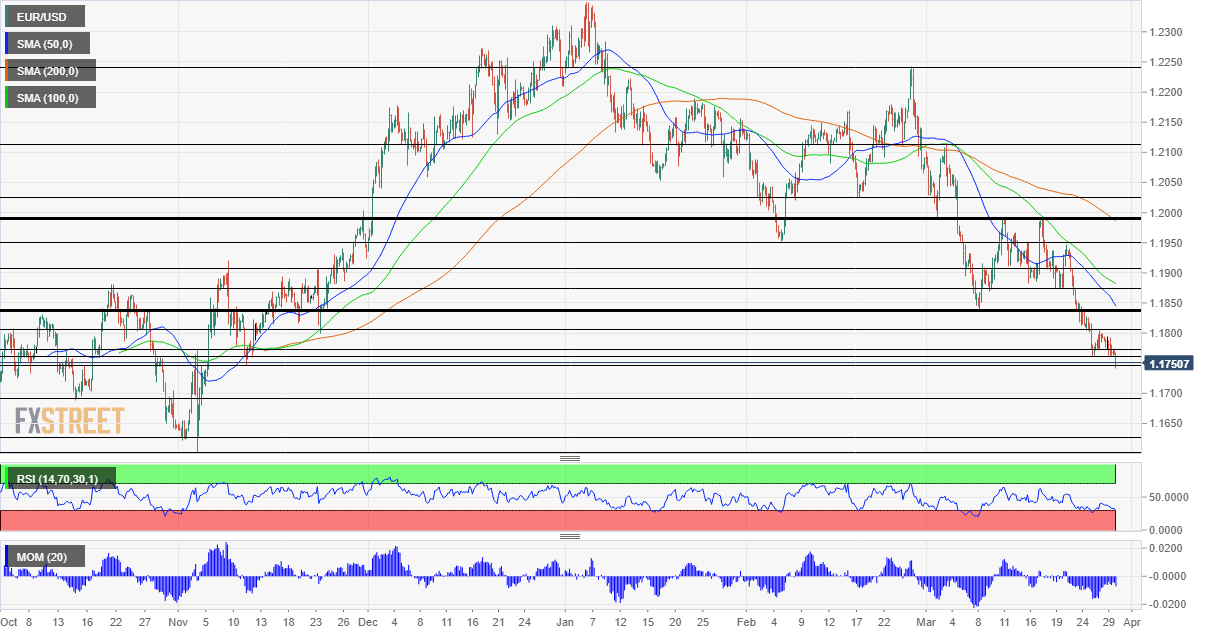 Euro/dollar is trending lower as the four-hour chart clearly demonstrates. Momentum remains to the downside while the Relative Strength Index (RSI) is still above 30 – thus outside oversold conditions.