The more the dollar is printed, the less it is worth. Prospects of additional fiscal and monetary stimulus are weighing on the greenback and could continue doing so. EUR/USD is already trading at the highest since early 2018 and moving to 1.24 is on the cards.

Ossof is leading by 0.37% after 98% of the votes were counted. The remaining ballots come from Democratic-leaning counties, potentially cementing his victory. The critical level is 0.50% – above which Georgia will not hold a recount. If the gap widens beyond that point, networks will likely call the election – and effective control of the Senate – for Democrats.

A majority, even the slimmest, would allow President-elect Joe Biden to pass another relief package worth between $1 to $2 trillion. A boost to the US and global economies would encourage more risk-taking and a sell-off of the dollar.

While the world may be better with vaccines, the current coronavirus situation remains grim – and is taking its economic toll. ADP's private-sector jobs report has shown a surprising loss of 123,000 positions, far below estimates for an increase of positions.

The correlation between the payroll firm's statistics and the official data has markedly loosened in 2020. Nevertheless, there is a growing chance that setback in the US economy is deeper than previously thought. The Federal Reserve may come to the rescue – expanding its bond-buying scheme.

Jerome Powell, Chairman of the Federal Reserve, signaled that he is ready to ramp up the bank's purchase of government debt if needed. A struggling labor market and potential for further fiscal stimulus may boost the chances of such a move.

The Fed's meeting minutes are due out later in the day and they may show how close the Fed is to expanding its support – creating money out of thin air. While the protocols refers to a meeting held in mid-December, it is essential to note that the Fed revises the document just before it is published. The Fed is aware of its impact on markets.

All in all, there is room for further dollar falls.

Where does the euro stand? The European Medicines Agency has approved the Moderna vaccine, as expected while inflation figures missed in both Germany and France.

Moreover, COVID-19 continues raging through the old continent and the vaccination campaign is moving in slow motion. Nevertheless, the US suffers from the same immunization bottlenecks and has also suffered a spike in covid statistics. 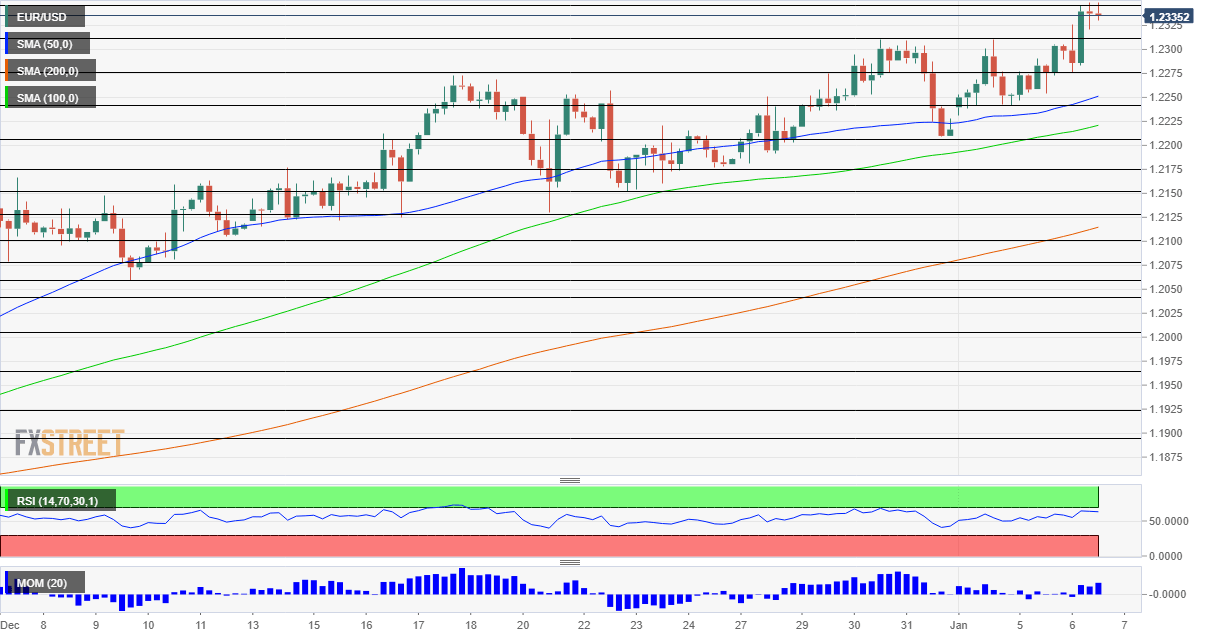 Euro/dollar continues benefiting from upside momentum on the four-hour chart while the Relative Strength Index remains shy of the 70 level – allowing for more gains before it hits overbought conditions.