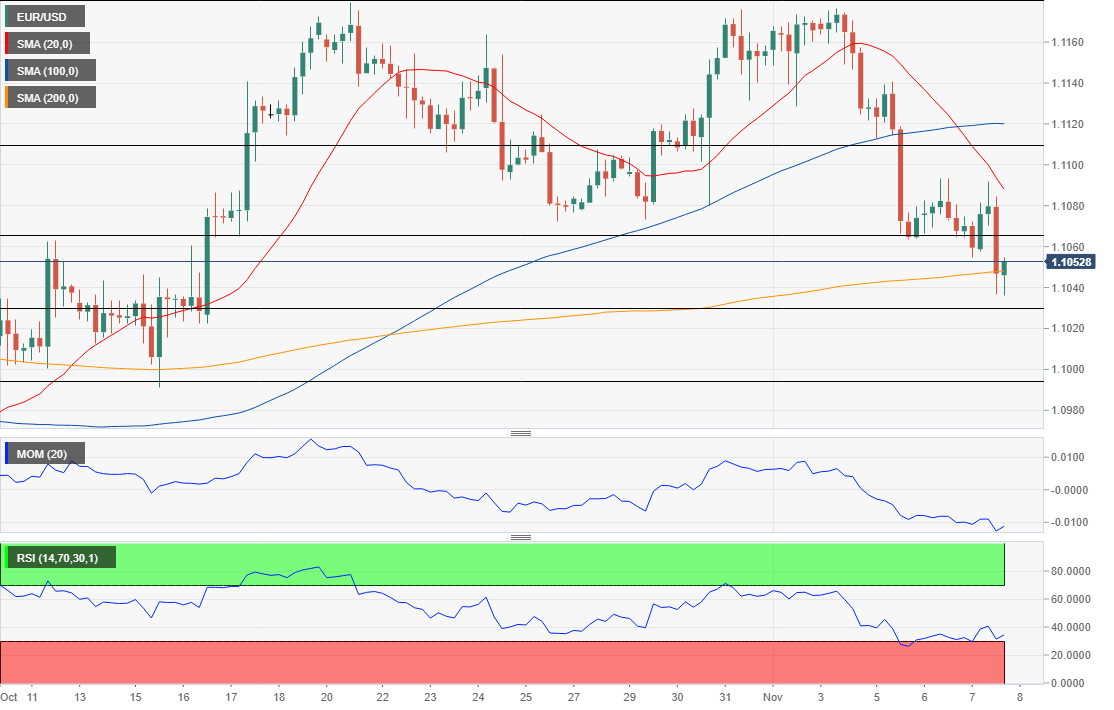 The EUR/USD pair fell to a fresh three-week low of 1.1035 as risk-appetite was combined with negative news coming from the Union. The European Commission decided to downgrade its growth forecasts for this year and the next, indicating that  “the external environment has become much less supportive and uncertainty is running high.” The news fueled the decline of the pair, as the dollar was already enjoying some substantial demand on the back of risk appetite. This last came after the Chinese Commerce Ministry said that the country has agreed with the US to cancel existing tariffs in different phases if a trade deal is reached.

Germany released September Industrial Production, which came in worse than expected, down by 0.6% in the month and by 4.3% when compared to a year earlier. The US, on the other hand, released just minor data, Initial Jobless Claims for the week ended November 1, which came in at  211K, beating the market’s expectations.

This Friday, Germany will release the September Trade Balance, seen posting a surplus of €18.1B, while the US will release the preliminary estimate of the November Michigan Consumer Sentiment Index, foreseen at 95.9 from the previous 95.5.

The EUR/USD pair has broken below the 38.2% retracement of its October rally at around 1.1060, accelerating its decline afterwards. In the 4 hours chart, the price is now developing below all of its moving averages, with the 20 SMA extending its decline below the 100 SMA. Technical indicators have recovered within negative levels, but remain near daily lows, indicating strong selling interest. The pair will likely accelerate its decline on a break below 1.1030, the 50% retracement of the mentioned rally.