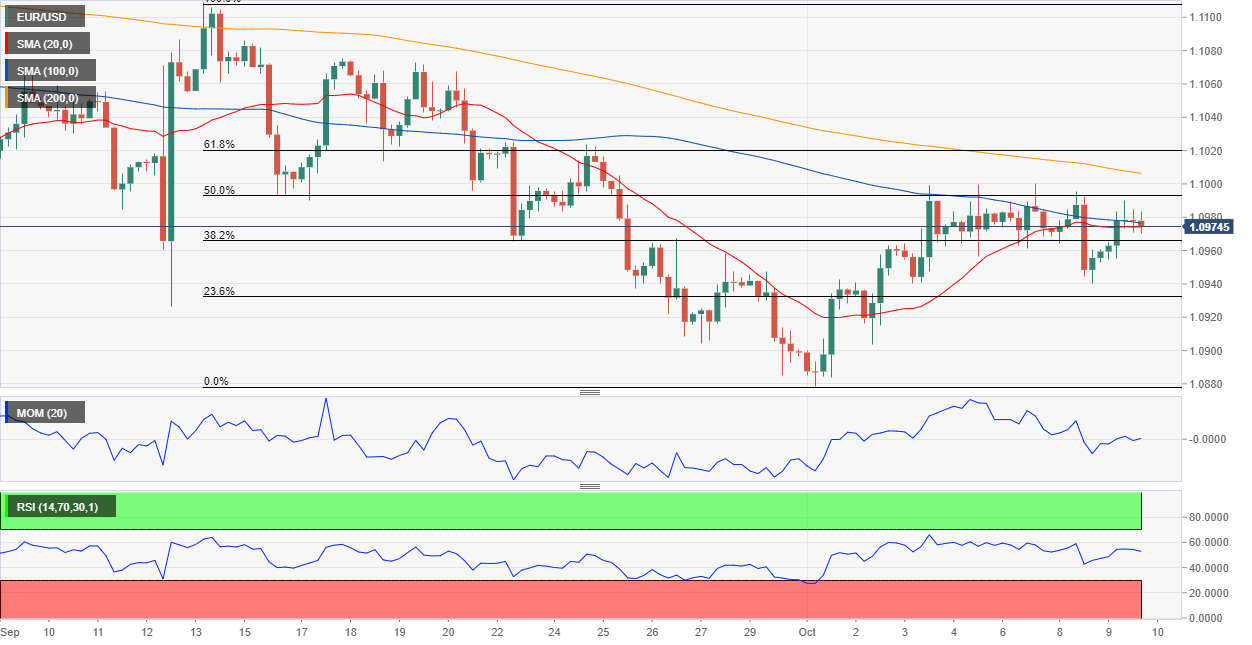 The EUR/USD pair has spent this Wednesday trading within familiar levels, bouncing from Tuesday’s low at 1.0940 but stalling its intraday recovery ahead of the 1.1000 critical threshold. News agencies reported during European trading hours that China was open to making a partial deal with the US, despite the latest measures adopted by the US administration. The headline backed a recovery in the market’s sentiment, despite US President Trump has made it clear that he won’t go for less than a full deal. Trade talks will resume this Thursday in Washington.

There were no relevant macroeconomic releases in Europe that could affect the EUR, while in the US, only minor data was out. According to the official releases, JOLTS Job Openings in August fell to 7.051 million, the lowest reading since March, missing the market’s expectations and below the previous reading. Wholesale Inventories in the same month, however, beat expectations by rising by just 0.2%.

US Fed’s head, Jerome Powell, made a speech in a Federal Reserve event, reiterating that the central bank is ready to use any tool to maintain the economy afloat, although without hinting a change in his current positive outlook of the economy. Then came the FOMC Meeting’s Minutes, which failed to impress, as the document repeated Chief’s Powell well-known message. To sum it up, risks come from abroad, chances of a recession are limited, and the economy remains overall healthy.

This Thursday, Germany will release August Trade Balance, expected to post a surplus of €18.1B, while the US will publish the final version of September inflation. The CPI is seen up by 0.1% MoM and by 1.8% YoY, while core yearly inflation is expected to remain at 2.4% as previously estimated.

The EUR/USD pair has trimmed Tuesday’s losses, but lacks clear directional momentum, having been around the current levels for over a week already. In the short-term, and according to the 4 hours chart, the risk is skewed to the downside, as the pair has been unable to recover beyond the 20 and 100 SMA, both confined to a tight 10 pips range and with modest downward slopes. Additionally, technical indicators hover around their midlines, the Momentum heading south and the RSI flat, reflecting speculative interest’s lack of interest.