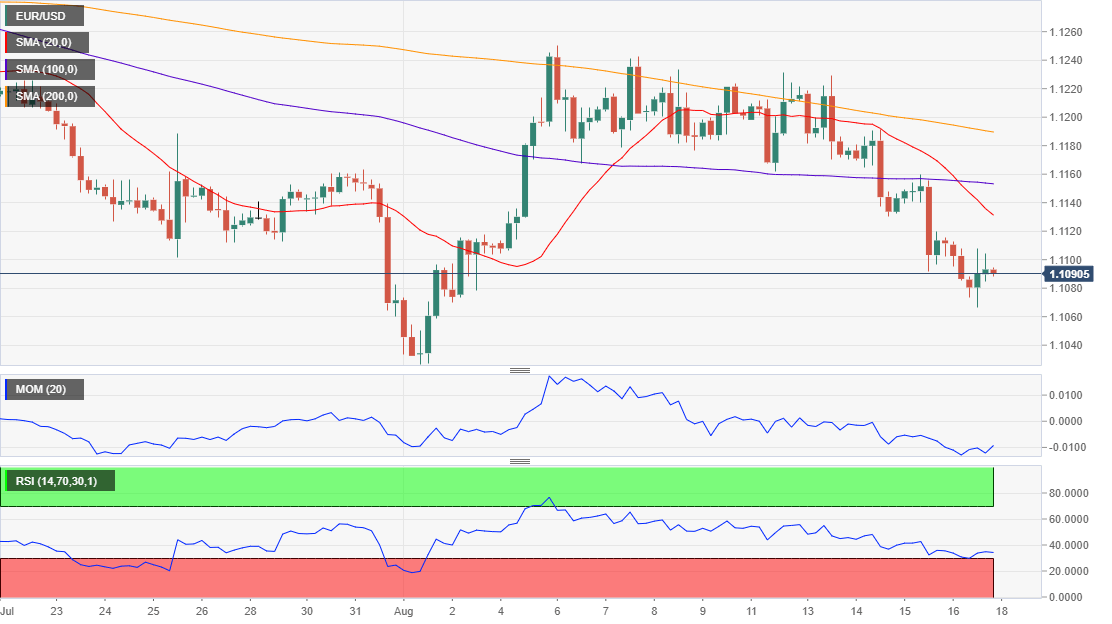 The shared currency has remained under selling pressure on Friday, amid mounting speculation the ECB will announce a larger-than-anticipated stimulus package next September. Despite the market’s mood improved and that US data was generally disappointing, the EUR/USD pair finished the week below 1.1100. In June, Housing Starts fell by 4.0%, missing the market’s forecast of -1.7%, although Building Permits rose by 8.4%. The Michigan Consumer Sentiment Index fell to 92.1 in August, according to preliminary estimates, from 98.4 in July.  Meanwhile, equities bounced while US government debt yields recovered modestly, as US President Trump spoke about progress in US-China trade talks, pouring some cold water on the issue. During the weekend, news suggested that the US Commerce Department may extend for 90 days the temporary general license given to Huawei so that it can continue serving existing customers. If the news is confirmed, the positive mood would likely prevail. This Monday, the EU will release July inflation, seen down by 0.4% MoM and steady at 1.1% YoY, and June Current Account, while the US won’t release relevant data.

The EUR/USD pair has fallen for four consecutive days, settling below the 61.8% retracement of its latest daily advance at around 1.1110, now the immediate resistance. In the daily chart, the 20 DMA, offers a strong downward slope below the 38.2% retracement of the same rally and below the larger ones, while technical indicators maintain bearish slopes within negative levels, all of which skews the risk to the downside. In the 4 hours chart, technical readings also favor a bearish extension, as, after falling to 1.1066, the pair recovered to met sellers around the mentioned Fibonacci resistance. The 20 SMA has crossed below the larger ones, while technical indicators have barely bounced from oversold readings before losing their strength upward.