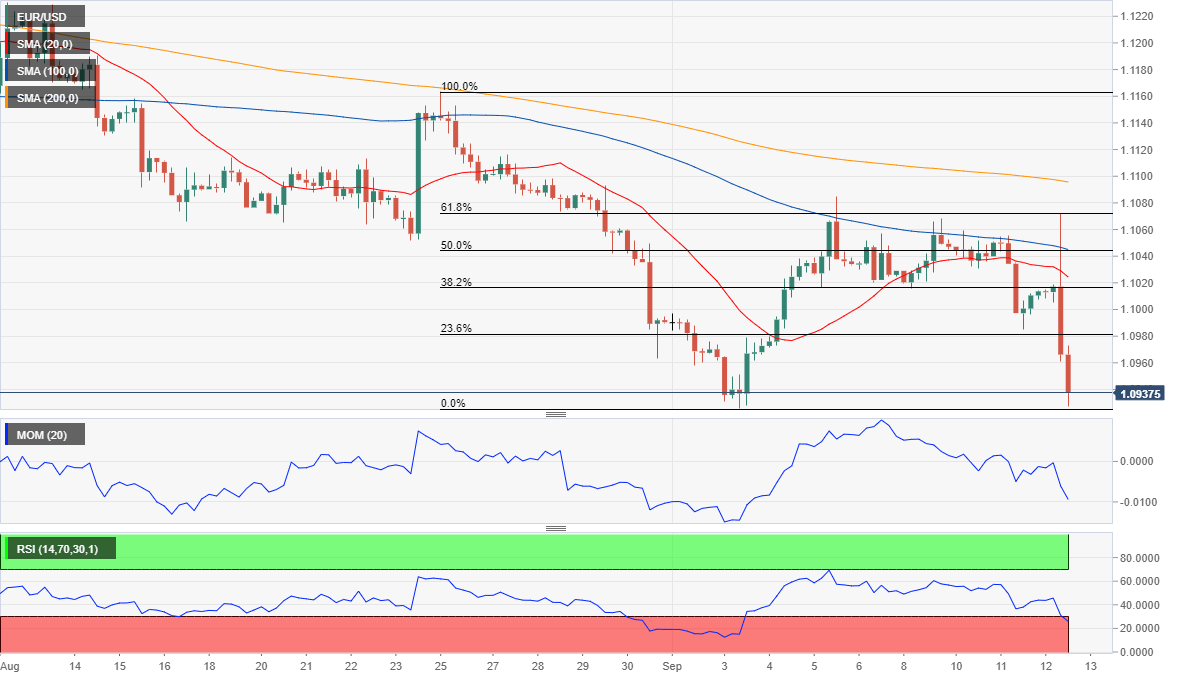 In the US, initial jobless claims for the week ended September 6 resulted at 204K, better than the 215K expected. Inflation in the world’s largest economy was up by 0.3% monthly basis and by 2.4% when compared to a year earlier, in August, net of food and energy prices. Despite far from impressive, the figures gave further support to the greenback.

The EUR/USD pair touched the yearly low before bouncing a couple of pips, under strong selling pressure as President Draghi keeps speaking. The pair is technically bearish according to technical readings in the 4 hours chart, further plummeting below all of its moving averages, and with technical indicators heading firmly lower, entering oversold readings. A break through 1.0920 should favor an extension toward the 1.0840/60 price zone, the next relevant support area.

WTI (futures on Nymex) consolidates the three-winning streak above $41 mark on Friday, as the bulls await a fresh catalyst for the next push higher.