Short-term Elliott Wave view in Tesla (TSLA) suggests that pullback to 327.1 on Nov 27 low ended wave (4). From there, stock is rallying within wave (5) as a 5 waves Elliott wave impulsive structure. Up from 327.1, wave ((i)) ended at 338.62 as a leading diagonal. Wave ((ii) pullback ended at 327.31 as a zigzag. Stock has resumed higher and wave ((iii)) is in progress with internal subdivision as another 5 waves in lesser degree. 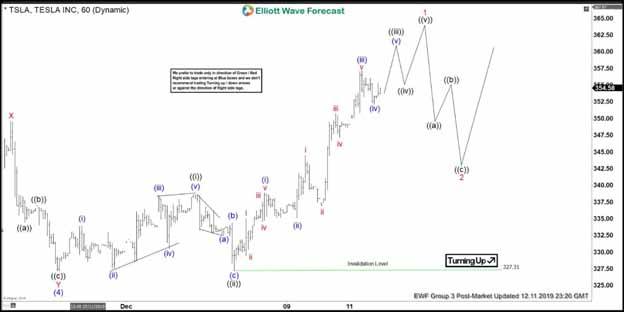