The US dollar index stabilized while American shares retreated as investors reflected on the strong numbers from the country. Data published on Wednesday showed that the country’s building permits rose from 1.56 million in September to more than 1.6 million in October. This was a 4% increase after the permits fell by more than 7% in the previous month. Further data showed that housing starts declined slightly but remained near the highest level this year. These numbers came after the US released strong retail sales data on Wednesday and a week after the strong inflation data.

The price of crude oil declined slightly after the US published better than expected inventories data. According to the Energy Information Administration (EIA), the country’s inventories declined by more than 2.1 million barrels last week. This was a bigger drawdown than analysts were expecting. They were expecting the data to show that inventories rose by more than 1 million barrels. Prices also declined after a symbolic letter by Joe Biden to the FTC. In the letter, the president asked the agency to investigate the fuel retail industry in the country. This happened as gasoline price has soared to a multi-year high.

The EURUSD pair stabilized in the American session as some sellers started taking profits. The pair is trading at 1.1320, which is slightly above this week’s low of 1.1263. On the hourly chart, the pair is slightly below the 23.6% Fibonacci retracement level. It is also slightly below the 25-day moving average while the Chaikin oscillator moved above the neutral level. Therefore, the pair will likely hold steady today also the overall trend is bearish. 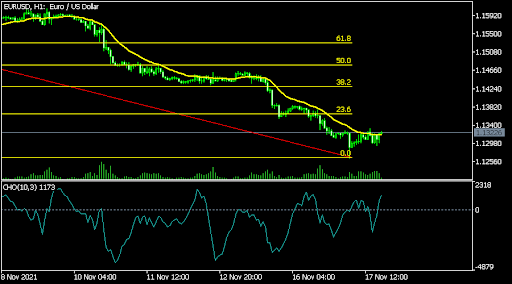 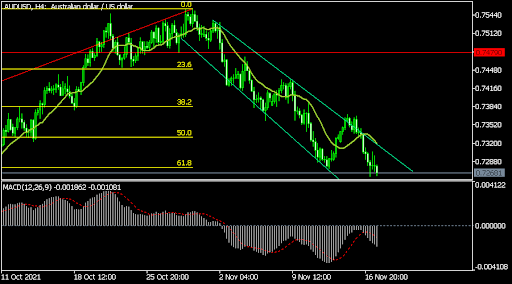 The price of crude oil declined sharply in the overnight session. The West Texas Intermediate (WTI) dropped to 79, which is slightly above the key support at 78.53. The pair has also moved below the 25-day and 50-day moving averages and the parabolic SAR. The MACD has also dropped below the neutral level. Therefore, the pair will likely keep falling. 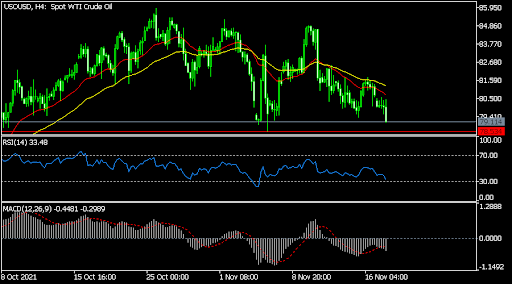