Commodity prices rallied in overnight trading as the market reacted to the latest economic data from the United States. In a report, Markit said that the US manufacturing PMI declined to 60.7 in April. A separate report by the Institute of Supply Management (ISM) said that the PMI declined to 60.5. While the PMIs declined, they were above 50, which means that manufacturers did relatively well. Other PMIs from European and Asian countries like Japan and China were also positive. The price of Brent and West Texas Intermediate (WTI) rose to $67.7 and $64.65, respectively.

The Australian dollar declined slightly, ahead of the Reserve Bank of Australia’s (RBA) interest rate decision. The bank left interest rates and quantitative easing policies unchanged, as most analysts were expecting. It will continue with asset purchases to make it cheaper for the government, businesses, and people to borrow money. Earlier data showed that the country’s exports declined from -1% to -2% in March while imports fell from 5% to 4%. This pushed the trade surplus lower from A$7.52 billion to A$5.7 billion.

The British pound retreated slightly, ahead of the important UK manufacturing PMI data. Economists polled by Reuters expect the data to show that the manufacturing PMI rose to 60.7 in March as the country continued to reopen. The government also ramped up vaccination efforts. The Bank of England will also publish the latest mortgage approval data.  Approvals are expected to have risen from 87.7k to 92.30k while the total rose to 5.8 billion pounds. Recent numbers from the UK have been positive because the government has already vaccinated more than 50% of the population.

On Friday, the GBP/USD pair declined sharply as the dollar strengthened. Yesterday, the opposite happened as the pair pared back most of the losses. It is trading at 1.3883, which is above Friday’s low of 1.3795. The price is slightly below the ascending trendline on the three-hour chart. It has also moved slightly below the 25-day moving average while the Relative Strength Index (RSI) has moved close to the overbought level of 70. Therefore, the outlook for the pair is bearish since it has formed a head and shoulders pattern. 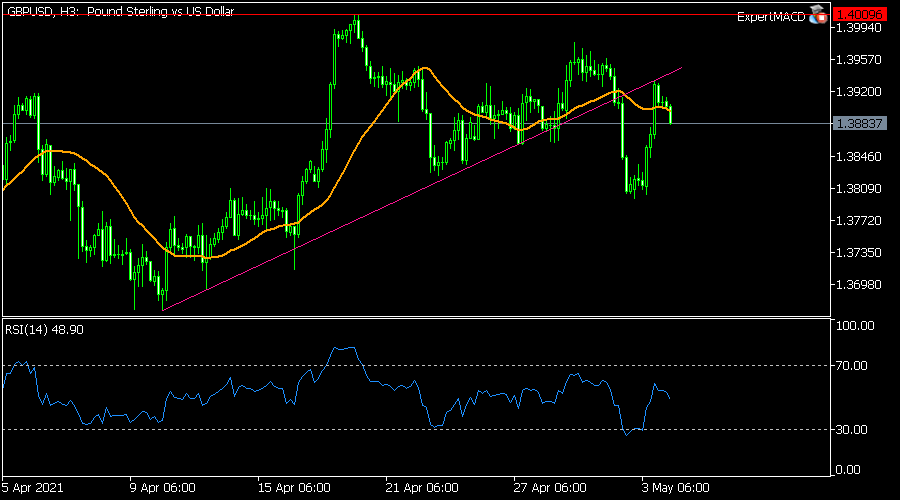 The EUR/USD pair was little changed in the overnight session. It is trading at 1.2047, which is slightly below yesterday’s high of 1.2075. On the hourly chart, the price is slightly below the middle line of the Bollinger Bands and the 25-day moving average. The Average Directional Index, which measures the strength of a trend has retreated while the MACD is slightly above the neutral line. The pair is likely to resume the downward trend as bears target Friday’s low at 1.2010. 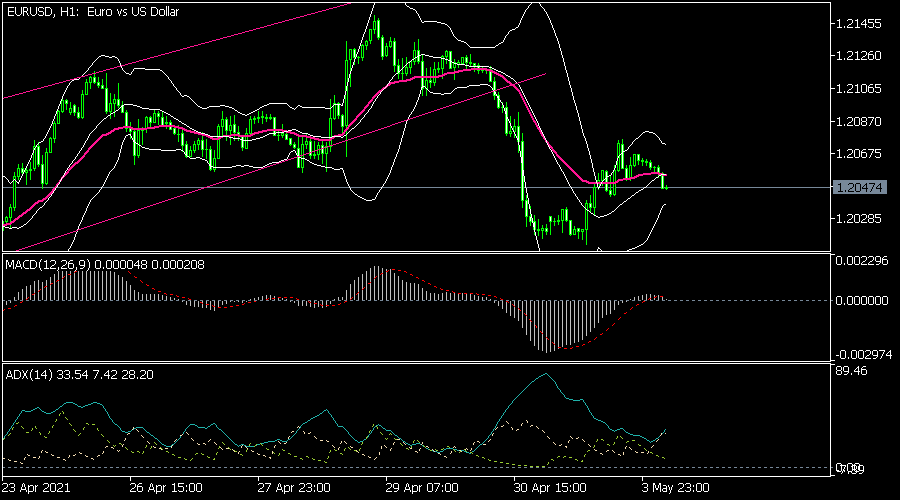 The AUD/USD pair was little changed ahead of the RBA decision. It is trading at 0.7743, which is slightly below the overnight high of 0.7766. It is between the 50% and 38.2% Fibonacci retracement levels and along the 25-day and 15-day moving averages. It is also between the rectangle channel whose support and resistance levels are at 0.7690 and 0.7817, respectively. Therefore, the pair may remain in this channel ahead of the RBA decision this morning. 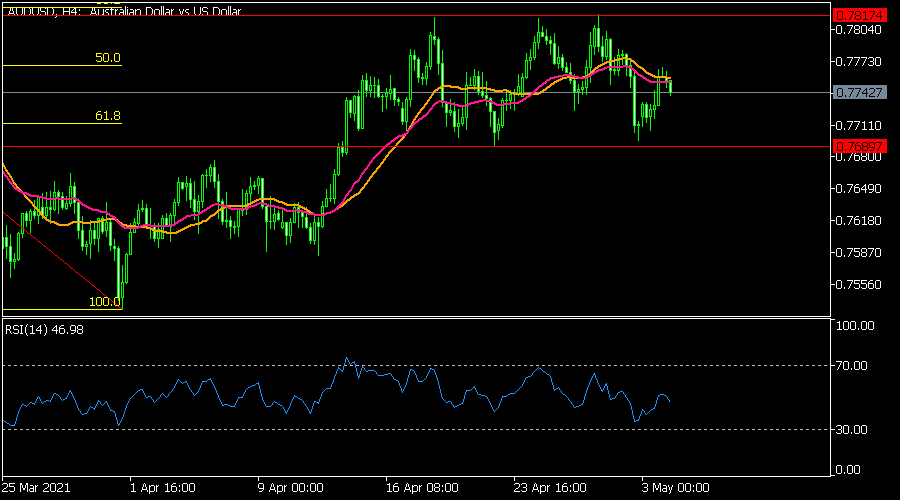