As expected, there wasn’t much positive news from EU leaders on the Brexit front, with the communique offering ongoing talks, but demanding more concessions from the UK. The mood wasn’t very positive apparently and that showed in the communique.

German Chancellor Merkel and EU chief negotiator Barnier sounded somewhat more conciliatory with Merkel conceding that both sides need to be prepared to make concessions and Barnier offering to intensify talks and restart discussions on Monday, but UK negotiator Frost signalled disappointment that the EU is still not ready to enter the “tunnel” phase where finer details are hammered out in more secrecy and non-stop discussions.

That in turn confirms that the EU still doesn’t see “landing zones” for key areas including fishing, level playing field rules and the governance of a future deal.

The EU/UK negotiations are also extremely knife edge, with game theory playing out in a classic sense. They are close enough to continue talking, but the lack of real traction makes it likely that this will drag on for some weeks yet. So with the impact on major markets, we see a drift towards safety, with the dollar and yen benefitting at the expense of higher risk commodity currencies such as Aussie and Kiwi. In the US a rebound in Treasury yields helped equities rally into the close, but this traction looks to be waning again today.

The eyes today will be on UK PM Johnson, who originally had set October 15 as the deadline for a deal. The prime minister is expected to pressure Brexit trade talks to a moment of crisis on Friday after Mr Frost signalled disappointment. However the chances are that UK PM Johnson will ignore his deadline and agree to more talks, but he will likely also repeat his threat to walk away if there is no quick progress, with some expecting him to once again force a more fundamental crisis to soften the mood for a later deal at home. 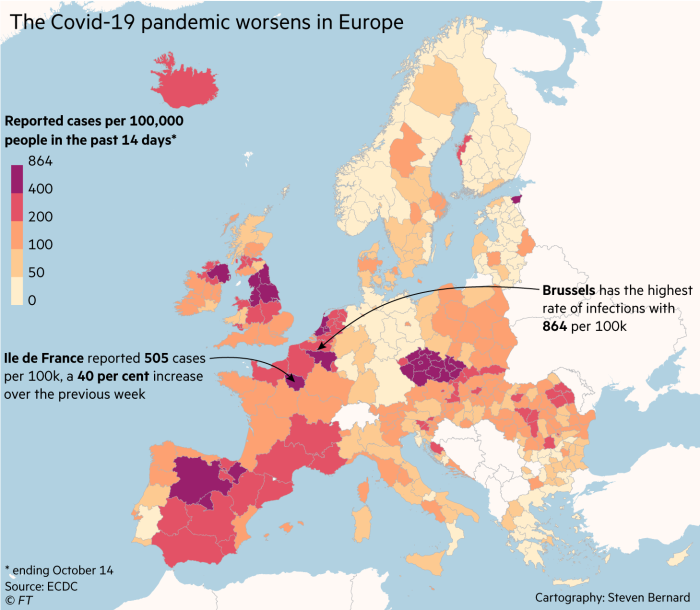 Meanwhile, in the Equity markets, European stock markets supported by company news in an attempted to recover from trade talks deadlock and from the spread of coronavirus which is gathering pace. The Europe and UK is in the spotlight of pandemic again  on renewed restrictions with the latest be from France and UK.

As Financial Times reported, German chancellor Angela Merkel warned that cases of Covid-19 are in an “exponential growth” phase and limited private gatherings to 10 people from two households. In UK, households in London will be banned from mixing in any indoor setting from tonight.

The EUBund rallied significantly yesterday, while it is in the upside the last 6 days, adding pressure to the German 10-year yield down -0.7 bp at -0.62%, the lowest since Italy implemented a national lockdown in mid-March. 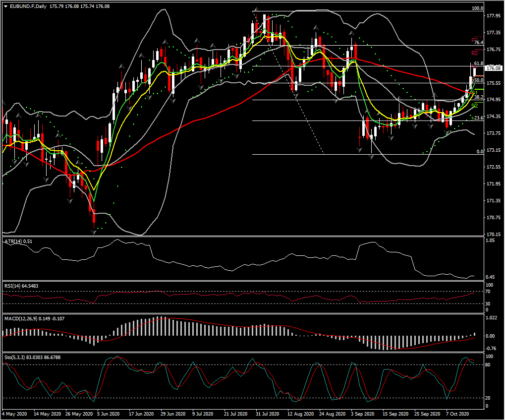 GER30 and UK100 are currently up 0.6% and 1.0% respectively, underpinned by comments from LVMH suggesting demand improved in the third quarter. Daimler meanwhile beat estimates as car sales recovered and Thyssenkrupp got a boost from a multi-billion-euro bid from Liberty Steel.  However the rally for these major indices look limited amid the week Eurozone data released earlier.

Eurozone HICP inflation confirmed at -0.3% y/y, core dropped back to 0.2% and Eurozone Aug sa trade surplus widened to EUR 21.9 bln from EUR 19.3 bln. As the resurgence of new Covid-19 infections leading to stricter lockdown measures, there is a clear risk to further set backs ahead, with Brexit uncertainty adding another dimension.

Officials clearly are increasingly concerned that the prolonged period of underinflation and now negative headline rates will prompt a more lasting shift in price expectations, which against the background of a sizeable output gap and rising unemployment lifts the risk of real deflation down the line. 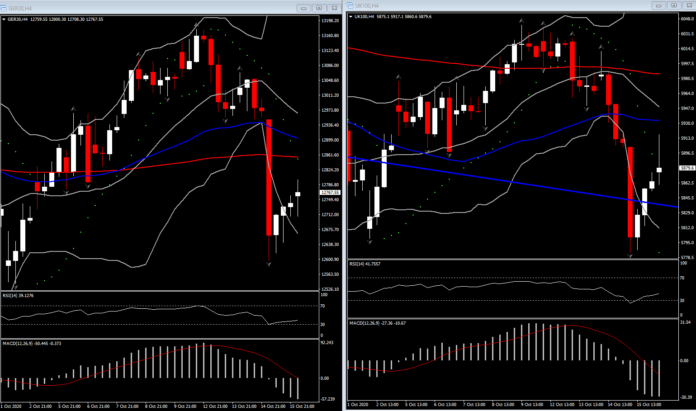 The UK100 spike to 50% retracement area from October’s downleg, however ahead of Boris Johnson speech and on the so far disappointing headlines on a political and economic data perspective.

The UK100 is currently in a pullback from 5,917 high area, suggesting that today’s spike might be just a correction of the 5 day’s drift. The increasingly negative bias seen from momentum indicators in nearly all timeframes from 1-hour up to weekly, suggest that the asset could continue falling hard with the potential of a retest of the 5,770 Support level. With the RSI turning lower again around 43 (having done repeatedly lower highs since June) and MACD posting a bearish cress below 0, bullish momentum is fading. As the UK100 bulls losing confidence, this is increasingly indicates that a continuation of the downtrend seen since June could be seen in the near future.