The Bank of Japan is having a monetary policy meeting, and the result of it will be unveiled early on Thursday. This week, however, there are news that overshadowed the usually non-eventful announcement.

Former Prime Minister Shinzo Abe, the father of Abenomics, has announced his resignation amid health issues, and Yoshihide Suga has been elected to replace him, following a vote in the local Parliament this Wednesday. He still needs to sworn before Emperor Naruhito at the Imperial Palace, but by the time of the BOJ’s meeting, he will be the Japanese premier.  Suga is expected to appoint many of Abe’s cabinet members to his own.

BOJ to remain on hold

The Bank of Japan is largely anticipated to maintain its current monetary policy, with the main rate at -0.10% and the focus on keeping the yield-curve under control. The Japanese economy has been hit by the pandemic as it happened to every other economy. The country reported its worst GDP fall on record in Q2, and while there are some signs of recovery, it is being slow and painful.

Policymakers may revise their economic outlooks, but even with an upgrade of growth and inflation figures, the event has little chances of having a significant impact in the JPY.

Ahead of the BOJ, the US Federal Reserve will announce its monetary policy decision. The central bank has announced a new inflation policy framework, in which it targets average inflation over time. Pretty much that means that the US policymakers won’t rush into a rate hike anytime soon, even if inflation surges above 2%.

After a couple of weeks of ignoring the dollar’s weakness, the USD/JPY pair has finally broken lower. It is heading into both central banks announcements trading at its lowest in two months.

As said, the BOJ has little chances of having an impact on the JPY, but the same doesn’t go for the Fed. The US Central Bank will likely set the tone ahead of the Japanese one. A strong static support area comes around 104.70, with a  break below it exposing 104.18, this year low.

If somehow the market finds a reason to buy the dollar, the immediate resistance is 105.50 ahead of the 106.00 figure. Still, the pair would need to advance beyond 106.70 to change its current negative bias. 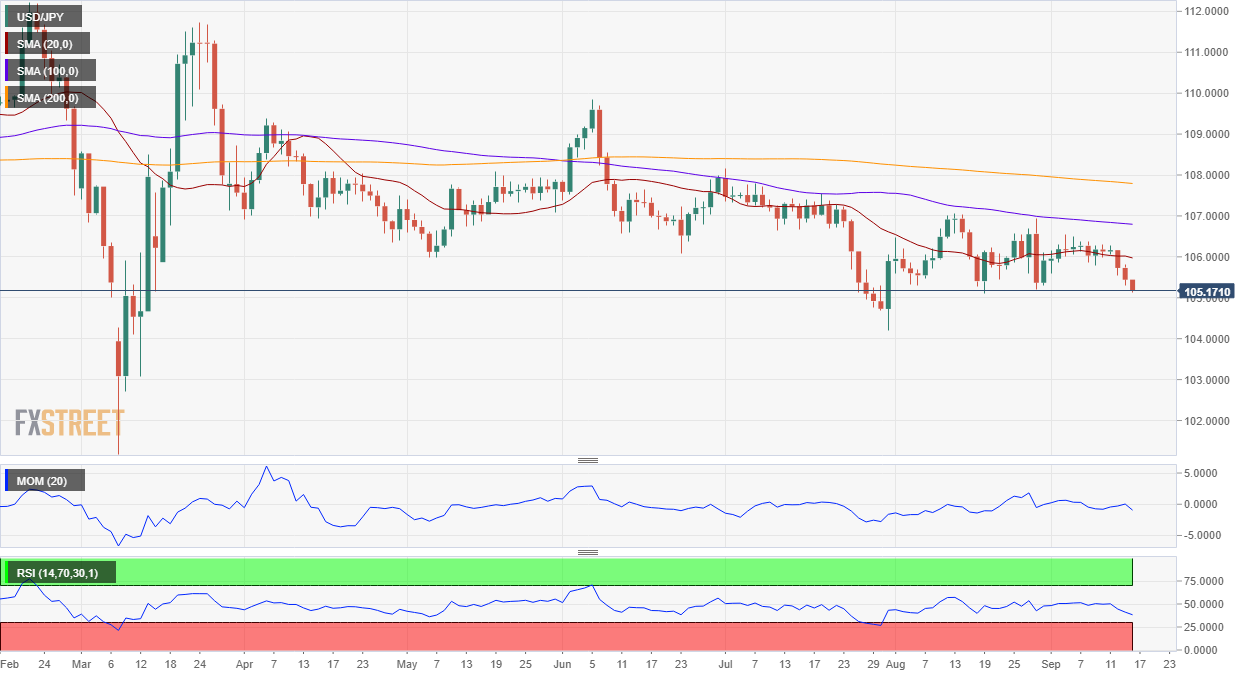