The Australian dollar has remained above the US70c mark in today’s trading session which caps off a pretty successful week against its US counterpart, seemingly unfazed by the prospect of Donald Trump’s tax reforms and expectations of higher rates in the US

In the biggest tax changes in a generation, Trump, along with his republican party has introduced sweeping changes to the US tax system to make it one of the most competitive in the world which includes slashing the corporate tax rate to 20 percent as well as substantial personal income tax cuts

The legislation in theory should lead to the repatriation of billions of dollars back to the US by companies who had previously sheltered their money off shore to avoid paying higher taxes.

The world’s largest economy is also expected to hike interest rates next year which will put the yield well above Countries such as the UK, Canada and Australia which should generate further interest in the Greenback

So after all this why is the Australian dollar refusing to budge, and instead powering ahead against the US dollar when it has all of these headwinds to face?

We have to remember that the main driver of the Aussie dollar for more the best part of 15 years has been commodity prices and in particular Iron ore which is Australia’s biggest export.

It has rallied over 25% percent during the last 6 weeks to around $70 at the time of writing this article and with demand from China set to increase as we enter the New Year, further gains are expected.

So traders of the Australian dollar could do them self a favor by not paying to much attention to outside factor when trading the Aussie dollar but to keep an eye on commodity prices. 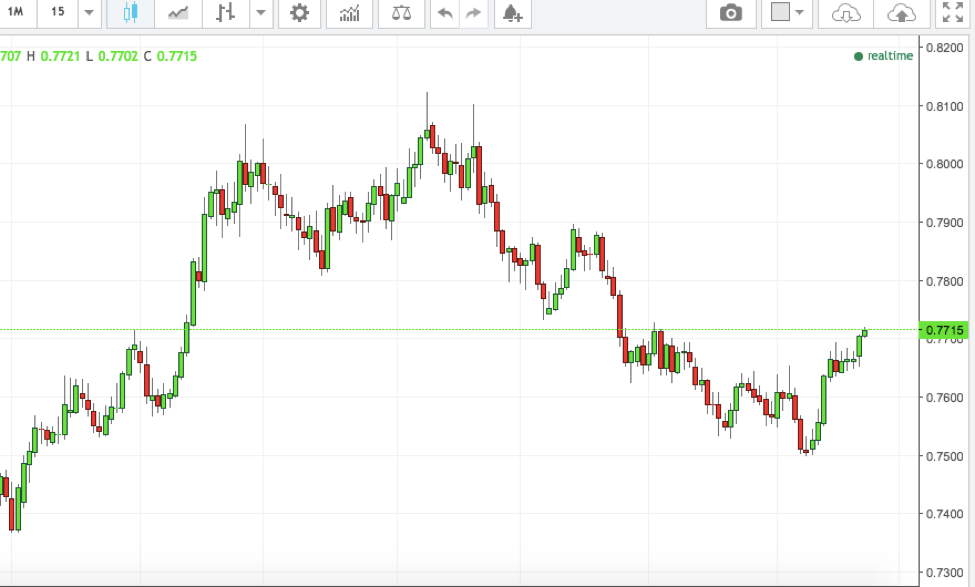 Activity of FIBO Group, Ltd. Company is regulated by the Financial Services Commission (FSC), registration number of the licence: SIBA/L/14/1063.

Trading on Forex market implies serious risk including the risk of loss of all the funds invested. Please, take into account that trading on the forex market isn’t suitable for all investors and traders.

Unfortunately the services of the company aren’t provided to residents of Austria, Great Britain, Iraq, North Korea and the USA.