It can be certainly said that AUD/USD has surprised on the upside recently. Having reached several important resistances, and attempting breakout above them, what else can be said about the pair’s current and upcoming performance? 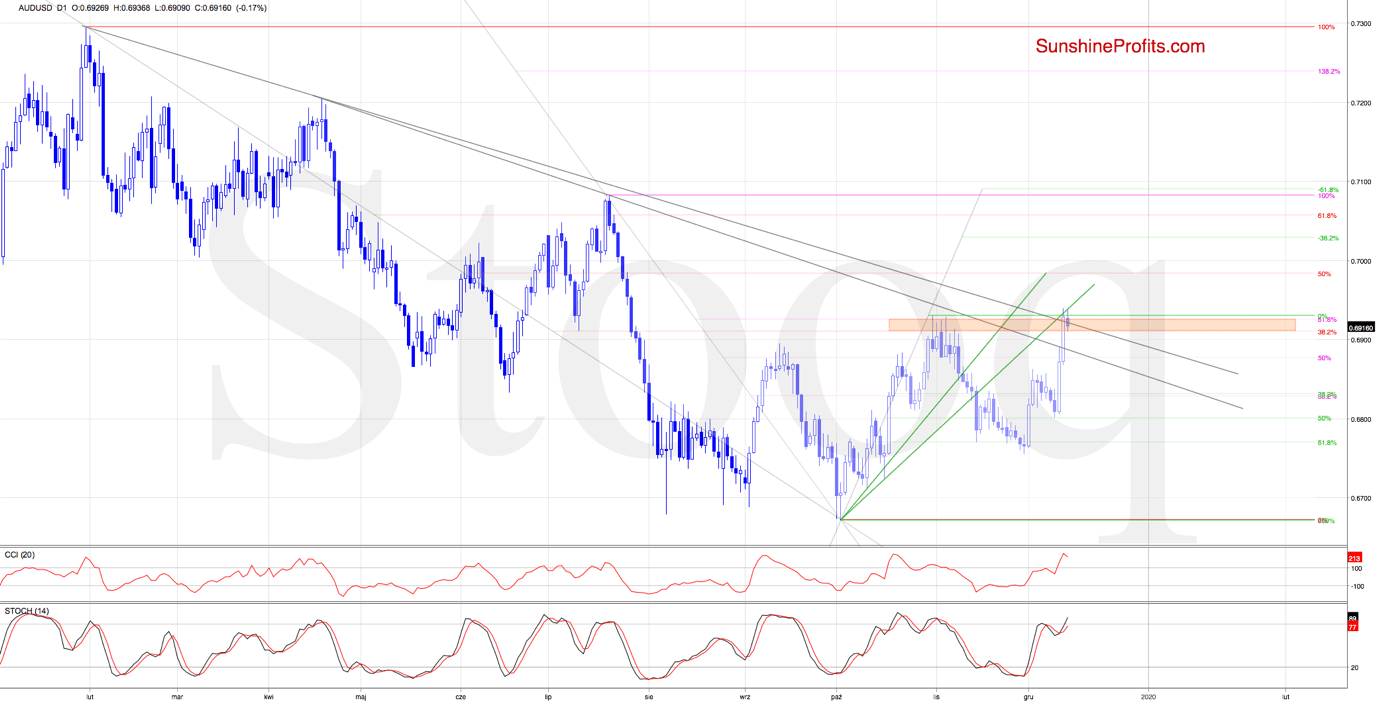 Let’s remember our yesterday’s observations regarding the AUD/USD price action:

(…) A rebound followed, taking the pair sharply up right to the medium-term declining resistance line, which could trigger a reversal in the very near future however.

Nevertheless,  taking into account the lack of the sell signals, another upswing and a test of the next declining resistance line can’t be ruled out.

Again, AUD/USD has moved higher yesterday, in line with our expectations. The pair moved above the resistance line, and broke above the late-October and early-November peaks, which is a bullish development.

The bulls however didn’t manage to hold gained ground, and the previously broken green line based on the October lows encouraged the sellers to act.

As a result, the exchange rate pulled back earlier today and invalidated the earlier breakout above the previous peaks and the 61.8% Fibonacci retracement. This suggests that a reversal and lower values of AUD/USD may be just around the corner.

The daily indicators haven’t flashed any sell signals however. This means that a retest of the green line based on the October lows at the beginning of the coming week can’t be ruled out.

Should we see reliable signs of the bulls’ weakness, we’ll consider going short.