The price is currently trading slightly lower and even though the RSI and the MACD are fluctuating at a softer pace, the bullish bias is still intact as long as the former holds well above its 50 neutral mark and the latter remains above its red signal line.

Failure to clear the 50% Fibonacci of 75.31 would shift attention down to the 20-day SMA. The 38.2% Fibonacci of 74.00 could also curb downside corrections if the sell-off extends lower, while beneath that, traders would lose confidence on the upward pattern, with the next obstacle probably coming within the 73.00-72.47 zone.

In the medium-term picture, the pair is in a sideways move and only a decisive close above 76.60 would mark a positive direction.

Summarizing, AUDJPY maintains a bullish but weaker short-term bias, with the next key resistance awaited to appear in the 76.26-76.60 area. Breaking that wall, the positive sentiment could also stretch into the medium-term timeframe. 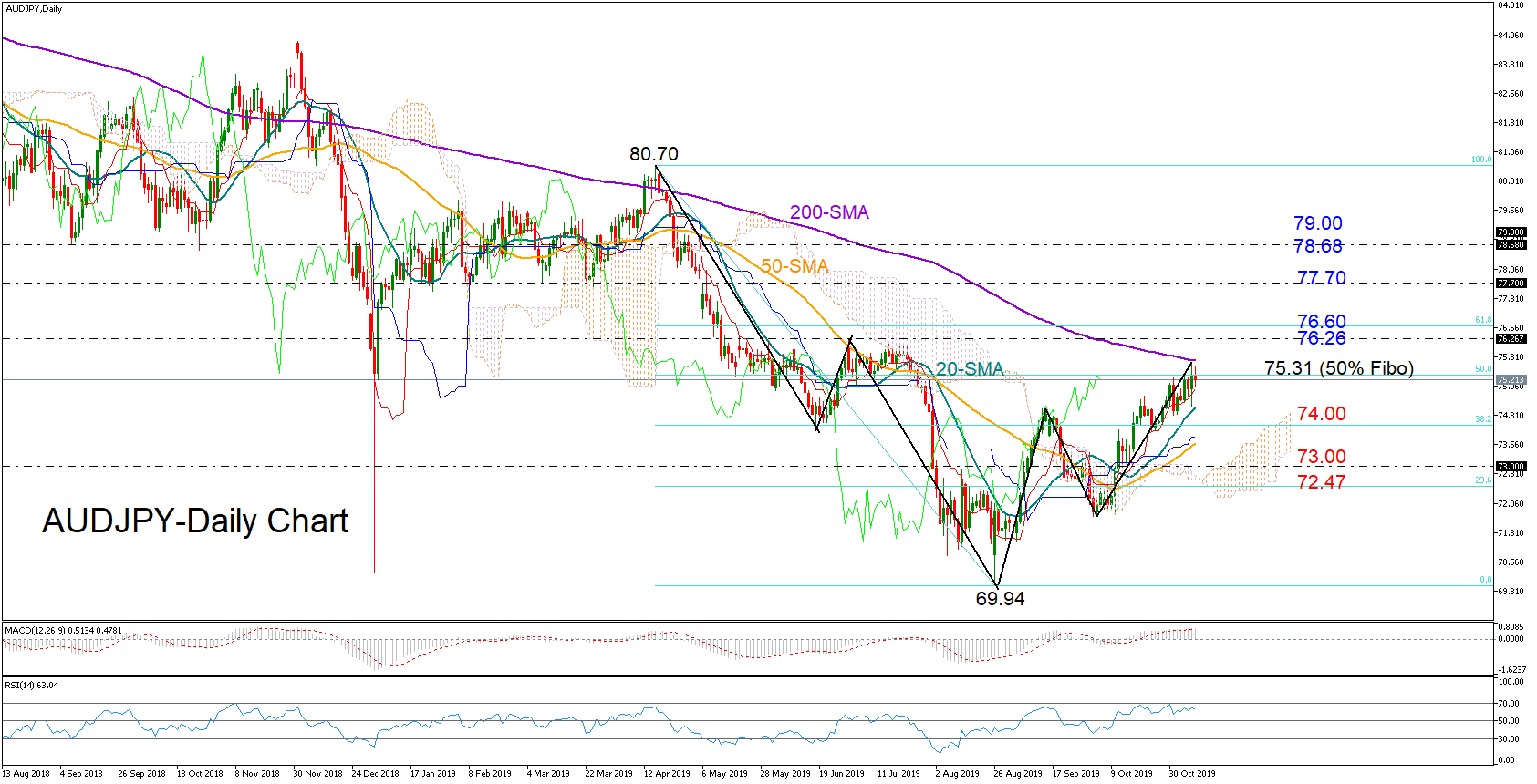