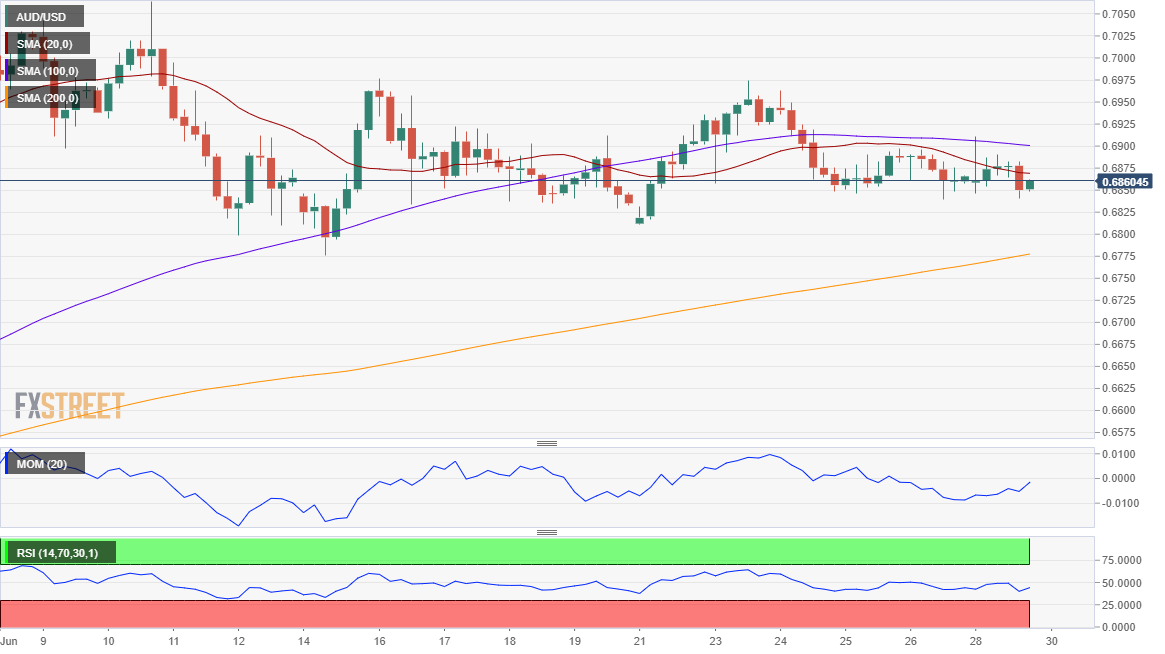 The AUD/USD pair is trading marginally lower daily basis, trading in the 0.6850 price zone as the American session comes to an end. A cautious optimism helped the pair reach a daily high of 0.6890 at the beginning of the day, but the positive mood faded as the day went by. There were no macroeconomic releases from the region that could affect the pair, although reports that China is making progress on a COVID-19 vaccine were behind the early advance. Speculative interest turned into the greenback during the American session, although, as usual, the Aussie remained resilient.

The AUD/USD pair is offering a neutral-to-bearish stance in the short-term, with the bearish potential limited. In the 4-hour chart, the pair has been unable to advance beyond a mild-bearish 20 SMA, which eases below the 100 SMA. Technical indicators, in the meantime, stand right below their midlines without directional strength. A steeper decline could be expected on a break below 0.6850, the immediate support.