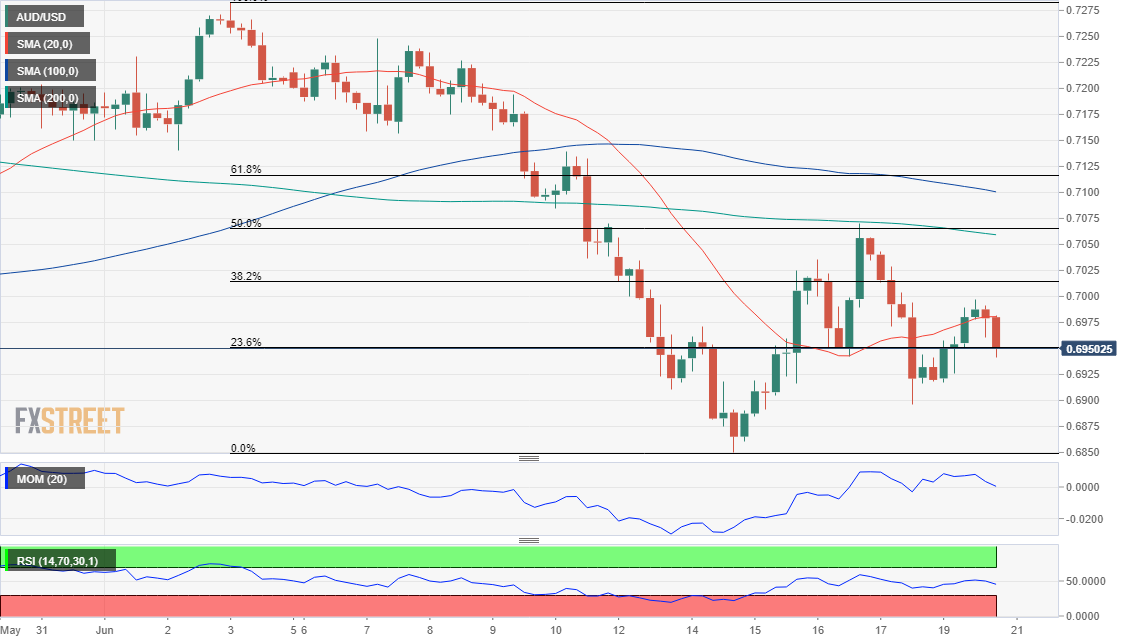 The AUD/USD pair trades with a soft tone around 0.6950 ahead of the Asian opening, holding on to modest intraday gains. The greenback spent the day on the backfoot but regained some ground at the end of it, despite a holiday in the US keeping local markets closed. Absent demand for the greenback throughout the first half of the day helped AUD/USD reach an intraday high of 0.6995.

Trading was dull as, besides the holiday in the US, the macroeconomic calendar remained scarce. The Reserve Bank of Australia will publish the Minutes of its latest meeting. In early June, the central bank surprised financial markets by raising the cash rate by 0.50% and bringing it to 0.85%. The focus will be on whether policymakers are willing to maintain the pace to deal with inflation. Hints on upcoming aggressive moves should boost the aussie.

The AUD/USD pair is hovering around the  23.6% retracement of its latest daily decline between 0.7282 and 0.6850 at the current price zone. The daily chart shows that technical indicators remain directionless well into negative levels, while the 20 SMA turns south around the 0.7100 level. The longer moving averages, in the meantime, stand well above the shorter one and near the upper end of the mentioned range.

In the near term, and according to the 4-hour chart, the case of a bearish extension increased. Technical indicators are gaining downward traction below their midlines, as the 20 SMA provides intraday resistance at around 0.6980.