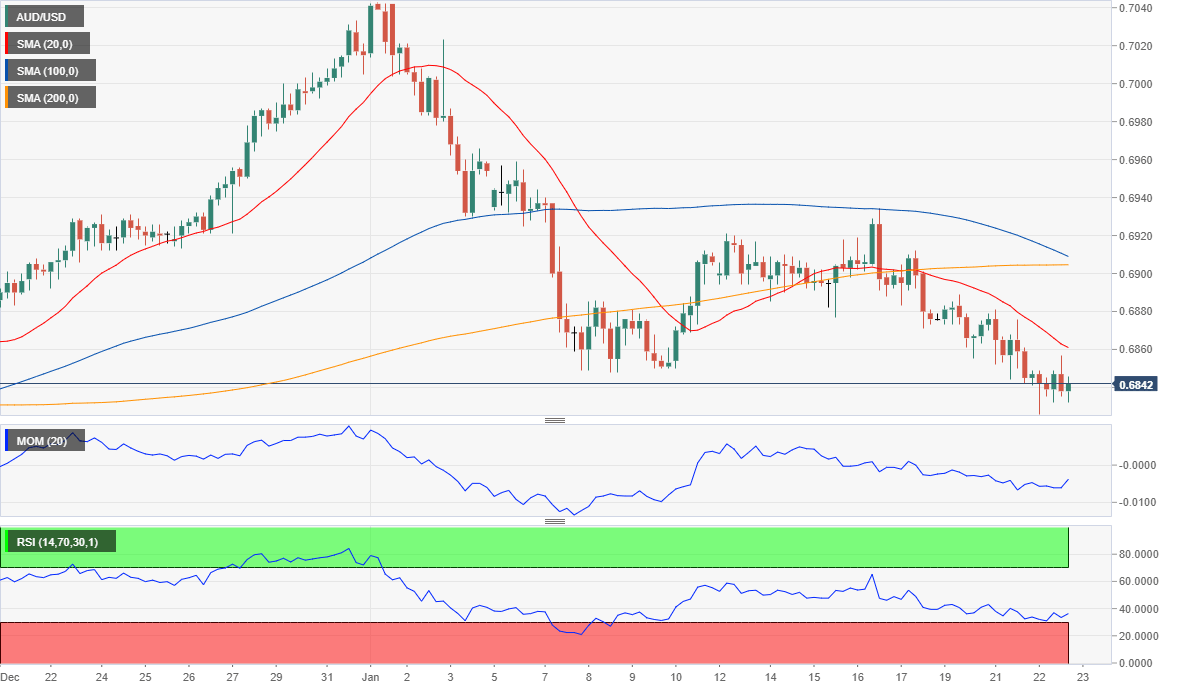 The AUD/USD pair extended its weekly decline, ending the day in the red at around 0.6835 after posting a fourth consecutive lower low daily basis. The Aussie advanced at the beginning of the day, but the movement was capped by the January Westpac Consumer Confidence Index, which resulted at -1.8%, worse than the -0.8% expected but better than the previous -1.9%. The report helped it bounce from an early low of 0.6826, but as the day went by, the pair lost momentum.

Australia will release this Thursday its  December employment data. The economy is expected to have added 15.0K new jobs in the month, following a 39.9K increase in November. The unemployment rate is expected to remain steady at 5.2%, while the participation rate is foreseen steady at 66%. The country will also release the January Consumer Inflation Expectations, foreseen at 3.8% from the previous 4.0%. Given that the RBA’s decision depends on both, employment and inflation, today’s data could trigger some wide moves in AUD crosses.

The AUD/USD pair retains its bearish stance according to the 4-hour chart, as the intraday recovery was contained by selling interest aligned around a bearish 20 SMA, which continues heading north below the larger ones. Given that the pair spent the day above its early low, technical indicators lack directional strength, although the fact that they stand in negative territory skew the risk to the downside. Nevertheless, the upcoming direction will depend on the outcome of the December employment report.