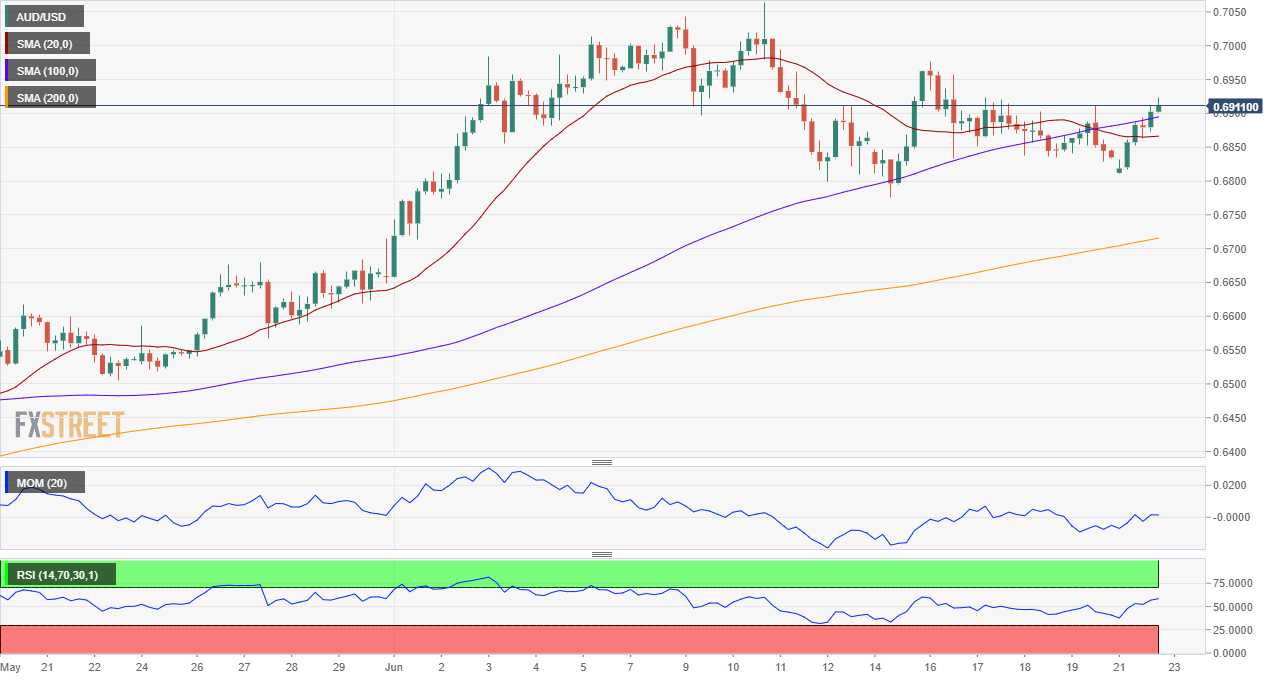 The AUD/USD pair recovered from a daily low of 0.6809 to close this first trading day of the week above the 0.6900 level. The Aussie found support during Asian trading hours on comments from RBA’s Governor Phillip Lowe, who said that the economic downturn in Australia was not as severed as expected, praising the country from emerging pretty strong from the coronavirus crisis when compared to many other countries. Broad dollar’s weakness and gold prices nearing a multi-year high kept the pair rallying during US trading hours.

The short-term picture for the AUD/USD pair is bullish as it trades around 0.6910, heading into the Asian opening. The 4-hour chart shows that it recovered above all of its moving averages, with the 20 and 100 SMA standing in the 0.6870/90 region. Technical indicators in the mentioned time have entered positive territory, although the RSI has lost its bullish strength. Nevertheless, the risk remains skewed to the upside, with the bullish case firmer once above 0.6935, the immediate resistance.