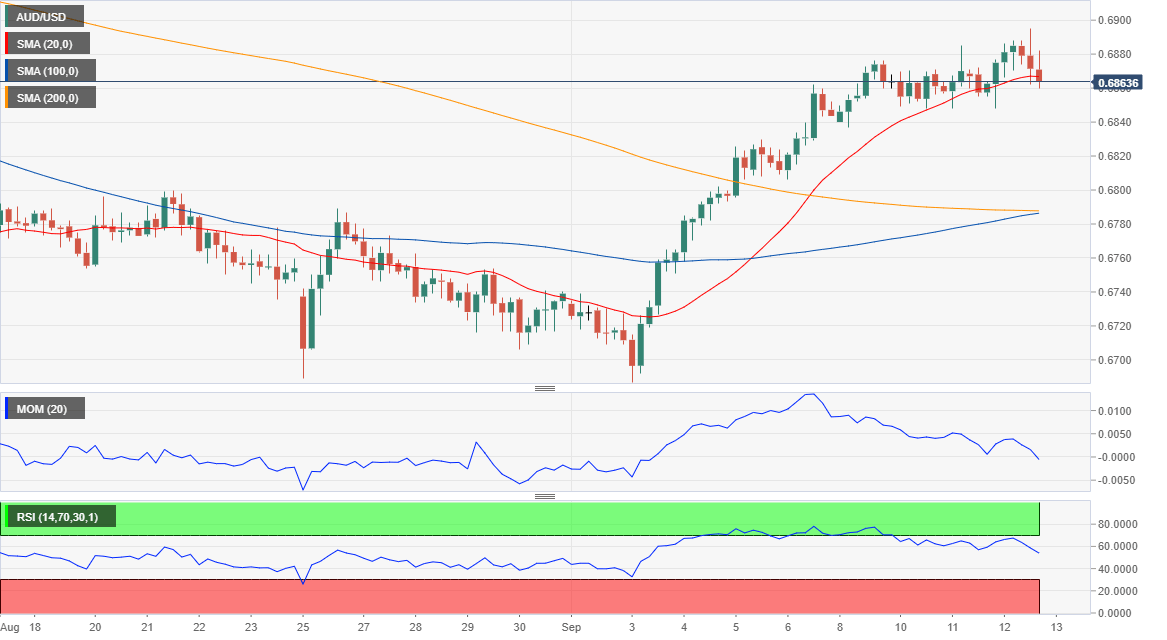 The Aussie quietly extended its advance against its American rival, with the AUD/USD pair reaching 0.6894. Nevertheless, the pair retreated to close the day just barely up, and below a major Fibonacci resistance. Data had a modest impact on the pair, as Australia’s consumer inflation expectations, released at the beginning of the day, eased to 3.1% in September, compared to 3.5% in August. The negative effect of the headline was offset by optimism coming from the trade war front, and a rally in equities after the ECB announced a stimulus package. There are no data releases scheduled in Australia this Friday.

The AUD/USD pair has spent most of the day ranging just below the 50% retracement of the July/August decline, still holding above its 20 SMA, although the moving average is now flat. Technical indicators are turning lower within positive level, the Momentum stuck to its 100 level and the RSI at 56, somehow suggesting the decline could continue, particularly if the pair losses 0.6830 an immediate static support.