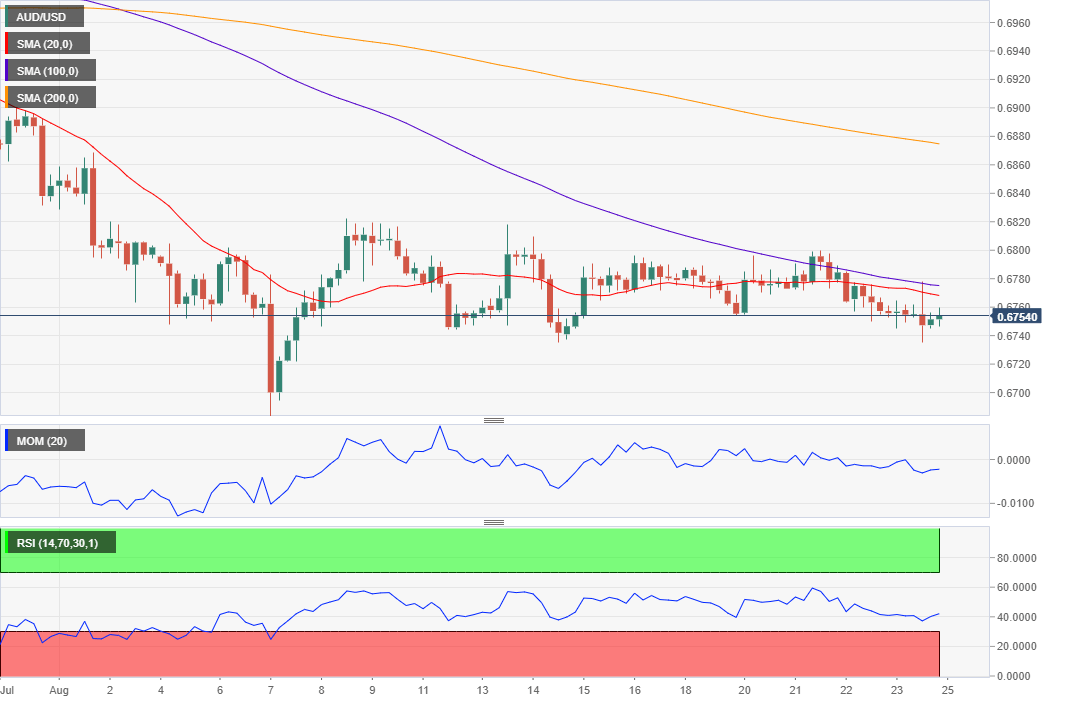 The AUD/USD pair closed the week with modest losses at around 0.6750, posting a limited reaction to Friday’s headlines. Trade tensions intensified after, first China and later the US, announced new tariffs to imports to each other, while US President Trump menaced to declare a national emergency and make US companies leave China. In one hand, the dollar plummeted with the headline, but also equities, which usually weighs on the Aussie, leaving the pair trapped between a rock and a hard place. Nevertheless and considering that China is the Australian biggest trade partner, the risk for the pair is skewed to the downside.

Over the weekend, Trump said that he was having “second thoughts” on escalating the trade war with China, although his spokeswoman later clarified that he regretted not raising tariffs even more, which means that risk-off will likely dominate Monday trading. Also, RBA’s Governor Lowe spoke within the G-7 meeting, saying that “central banks have a limited and partly exhausted arsenal of tools to fight back” economic shocks, a negative headline for the commodity-linked currency. There are no macroeconomic releases scheduled in the country.

The daily chart for the AUD/USD pair shows that it continues meeting sellers around a bearish 20 DMA, currently at 0.6790, which accelerated its decline far below the larger ones. The fact that the pair bounced from 0.6735 level for a second time this month helped the Momentum indicator correct higher, but does not mean the pair could recover further, particularly considering the RSI remains flat at around 37. In the 4 hours chart, the pair offers a neutral-to-bearish technical stance, as indicators remain within negative levels while the pair was again rejected by a bearish 100 SMA, also below the 20 SMA.