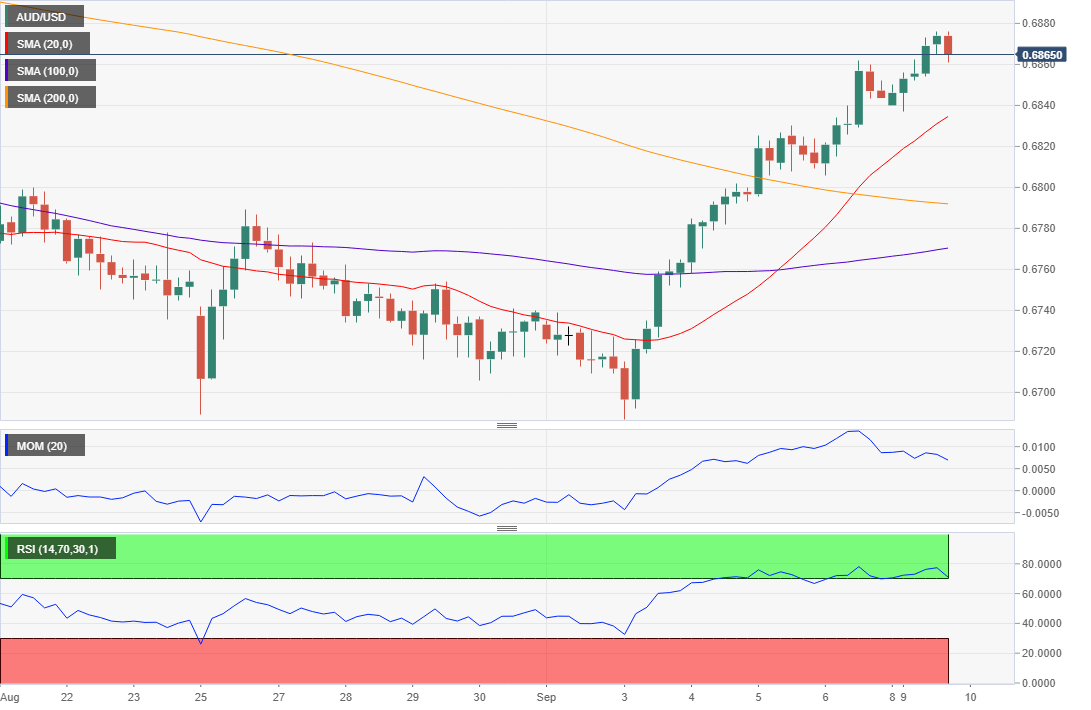 Commodity-linked currencies were among the best performers against a weakened greenback, with the AUD/USD pair advancing up to 0.6875, its highest since July 31. The Aussie advanced despite China’s August trade data released on Sunday was generally weak, triggering a downward gap at the weekly opening. The AUD/USD pair quickly recovered from a daily low of 0.6834 amid a persistent positive mood and scarce demand for the greenback. Higher crude oil prices and mild-gains among most stocks’ indexes leaned additional support.

This Tuesday, Australia will release the NAB’s Business Confidence Index for August, foreseen at -0.9% and NAB’s Business Conditions Index for August, expected at 0.5%. More relevantly, China will unveil its August inflation data and August M2 Money Supply and New Loans. In the trade war front, US Treasury Sec. Mnuchin said that the US will enter into a trade deal with China if they can get a good deal and added that they have a conceptual agreement with them on enforcement areas.

The AUD/USD pair holds on to intraday gains ahead of the Asian opening, not far from the 50% retracement of the July/August decline, a major static resistance at 0.6880. In the 4 hours chart, technical readings keep the risk skewed to the upside, as despite easing, technical indicators remain well into positive ground, with the RSI barely retreating from extreme readings and currently at 75. In the mentioned chart, the 20 SMA heads firmly higher, currently converging with the 38.2% retracement of the same monthly decline at 0.6830, an immediate support.