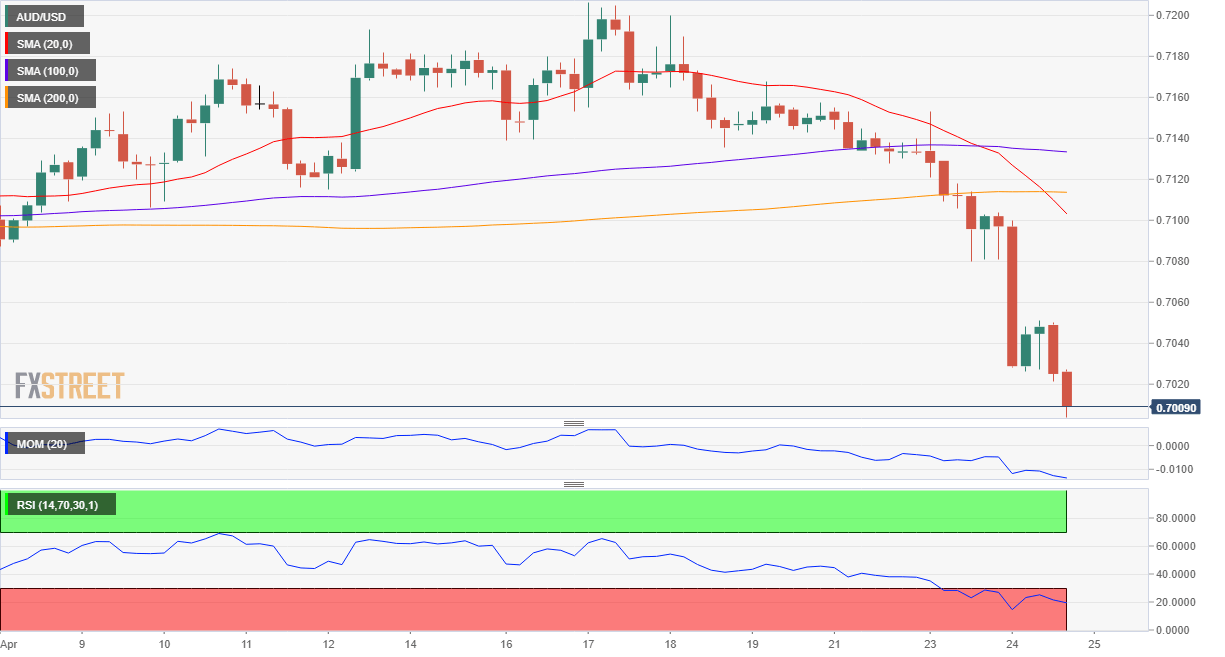 The Australian dollar fell against the greenback to 0.7001, its lowest since early March,  as, according to the Australian Bureau of Statistics, local CPI in Q1 remained flat at 0.0%, below the 0.5% advance in the final quarter of 2018. On a year-on-year comparison, inflation was up by 1.3%, well below the previous 1.8% and the expected 1.5%. The RBA Trimmed Mean measures of inflation were also well below the previous and the markets forecast, up by just 0.3% QoQ and by 1.6% YoY. Such readings boosted speculation of upcoming rate cuts in Australia, with odds of a 25 basis point cut next month up to roughly 65%. Broad dollar's strength kept the pair near its mentioned low ahead of Wall Street's opening. Australian and New Zealand markets will remain closed amid the ANZAC Day this Thursday.

The pair is short-term oversold according to the 4 hours chart, but nothing indicates that the pair can change direction, and if it does, the most likely scenario is bears adding shorts at higher levels. In the mentioned chart, the 20 SMA heads sharply lower some 100 pips above the current level, having crossed below the 100 and 200 SMA. Technical indicators hold at multi-month with the RSI still heading south despite being at 18. The pair could struggle around the current price zone, and will likely resume its decline on a break below 0.6980, the immediate support.